US Seeking New Territorial Base for ISIS in Iraqi Borders

TEHRAN (Basirat) :A political commentator says the US is trying to establish a new territorial base for the ISIS terrorist group in areas near the Iraqi border. 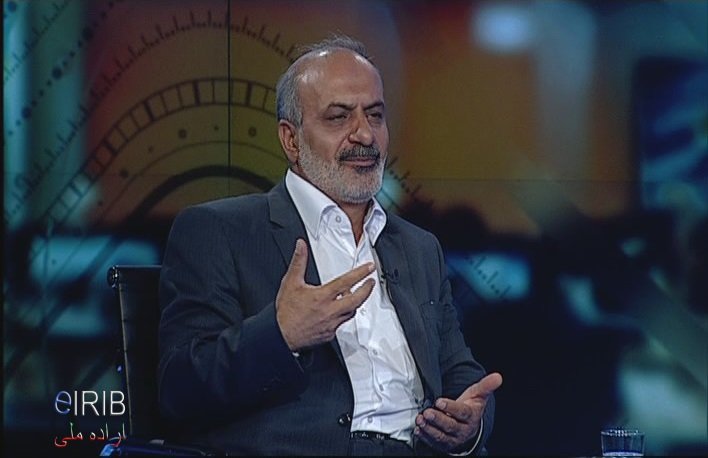 With the liberation of the Iraqi city of Mosul and the defeat of the ISIS terror group in the country, now many are waiting to see Mosul reconstructed and Iraq get completely purged of terrorists. Will this trend continue without a hitch? What condition will ISIS terrorists have after the collapse of their stronghold? What measures will the US and other supporters of ISIS adopt in Iraq?

To discuss the situation of Iraq after the liberation of Mosul, Middle East expert Hadi Mohammadi joined the Basirat news website and weighed in on the relevant developments.

Basirat: How do you assess the situation of Iraq after the liberation of Mosul?

Mohammadi: The liberation of Mosul is a fresh start for a whole range of different developments. With Mosul being liberated, we can say the days of the "ISIS project” are numbered, and regional as well as trans regional players are seeking to keep abreast of the latest developments. So, the upcoming Iraq election scheduled for next year will be marked by pressure as well as security and political demarches by different players.

Now that Mosul is liberated, people will savour the taste of tranquillity and peace in major Iraqi cities, and it is natural that the issues of reconstruction, security and the return home of Iraqi refugees will be the most pressing issues in Iraq. Therefore, local players, namely political factions and officials, together with regional players such as the United Arab Emirates, Saudi Arabia, Turkey and the United States are trying to manage the developments in such a way that they can make gains from the situation.

Basirat: After the liberation of Mosul, what will US activities in Iraq be like?

Mohammadi: While declaring their official position on the ISIS project, Washington officials had announced that the terrorist group would be up and running for at least 20 years, so that ISIS terrorists would be able to create chaos and insecurity both inside and around Iraq in a bid to pave the way for the US to enforce its "New Middle East” project to both put pressure on political systems which are not in line with Washington’s policies and at the same time protect its corrupt regional allies. Thanks to national perseverance, the project has been defeated. At the moment, ISIS is trying to make its presence felt in small remaining areas such as parts of Nineveh, areas in Anbar province on the border with Syria, and the Euphrates River.

The Americans’ second priority is to hijack victories inside Iraq and create the impression that they contributed to the fight against ISIS militants. This comes as there is conclusive evidence that the US is promoting ISIS’ activities and trying hard to ensure its survival.

By trying to show that it played a role in the Iraqi military’s triumph against ISIS, the White House tries to create the impression that it has contributed to the political process in Iraq. And that is why the US is trying to meddle in the dos and don’ts of the Iraqi society, so that it will be able to influence Iraq’s political and parliamentary systems. Therefore, Washington is seeking to coordinate the activities of political figures who are on its side. Over the past few months, a conference was held in Baghdad and one in Ankara. This way, the US is seeking to bring Iraqi Sunnis under one umbrella. It tries to organize these political figures to

Secure enough seats in Parliament during the election campaign for parliamentary vote. By securing these seats in the future government, which would help the US make its presence felt, the White House would be able to take the next steps.

In order to complete this process and deal a blow to Iraq’s national identity and solidarity, the US is seriously acting against Popular Mobilization Units and its survival. The US tries to incorporate a new element into Iraq’s political developments, and form a kind of Kurdish-Sunni unity and, if possible, make Kurds and Sunnis create common territories in Nineveh province and Kurdish provinces.

We cannot condone the intellectual preparations for that scenario made in meetings of think tanks in Qatar, the US and the West, and run by the UK.

After the fall of Mosul to the Iraqi army, the US has been trying to justify its military presence in Iraq in terms of both the number of military bases and intervention on the economic and political fronts. The best strategy for the Americans is to sap Iraq’s economic potential by ostensibly contributing to construction efforts, so that they will be able to both reinforce their interference in Iraq and prepare the ground for them to run the affairs on a large scale in Iraq.

What is really important is that by installing its representatives in Iraqi banks and government institutions, the US is seeking to monitor the process of financial transactions and money circulation in Iraq under the cover of tackling money laundering.

Iran-Iraq economic relations are growing. Hence, Washington is seeking to deal a blow to Tehran-Baghdad economic cooperation by resorting to international resolutions or US enactments. This is something which should be taken into consideration by pertinent bodies in Iran and Iraq.

Another point, which may be Washington’s last resort, could be a plan to play with Iraq’s national and territorial integrity. The Americans had already announced that they agreed to the scenario of getting Iraq disintegrated by 2025. However, reports coming in from Iraq suggest the US seeks to make that happen much sooner than the scheduled date and, with Barzani calling for moves that would promote divergence, tries to create new political and security challenges for the Iraqi central government.

Therefore, Iran and Iraq should stand up to Washington’s scenario and strategy devised for the period following the liberation of Mosul. To neutralize US schemes, Iran and Iraq should take two issues into account: 1. The scenario which needs to be taken into consideration is that the Americans seek to establish a territorial base for ISIS terrorists in the desert areas located in western Iraq and eastern Syria which are linked to the borders of Saudi Arabia, Jordan, Turkey, Syria and Iraq. Of course, some of the requirements for that are no longer in Washington’s hands. 2. The reason why the US wants to position ISIS terrorists in a territory connected to almost six countries is that it will be possible to support the terror group from six countries and to perpetuate the scenario of creating insecurity in Iraq. Tackling this issue needs precise information not usually covered by media. The necessary measures should be adopted in this regard.

Basirat: What role will groups such as the Popular Mobilization Units(HASHD AL-SHABBI) have in Iraq after the liberation of Mosul?

Mohammadi: The PMU is a powerful popular force with professional and well-planned military behaviour. The group proved its efficiency in the fight against ISIS terrorists in Iraq and left behind a very brilliant track record. The group was officially registered as part of the Iraqi Armed Forces with a decree from Iraq’s top cleric and following a legal procedure pursued by the Iraqi Parliament. It has more than 35 thousand military units comprising Sunnis, Izadi Christians, Shabaks, Shiites, Turkmens and people from all Shiite and non-Shiite groups. This is a new experience for national unity and identity in Iraq and should also be taken into consideration in non-military arenas such as political, social and economic areas as well as the government structure and political dialogue.

The Popular Mobilization Units displayed a very professional military behaviour in different territories such as Fallujah, Salahuddin and suburban areas in major cities like Mosul and Anbar. It suffered the minimum possible losses during military operations.

A point which everybody agrees on is that anti-ISIS measures in Iraq will continue. As a popular force and a military organization supported by law, the parliament, clerics and different ethnic groups, the Popular Mobilization Units should continue to play a role in ensuring security in Iraq. Moreover, given the wide range of different ethnic groups which make up the Popular Mobilization Units, it should play a role in establishing security and contributing to social, cultural and reconstruction efforts in Iraqi territories recaptured from ISIS.