Parl. decides on US entities subject to punishment

TEHRAN(Basirat) : Iran’s parliament has decided on a list of American legal and natural entities subject to punishment and countermeasures under a bill passed Sun. against US acts of terror in region. 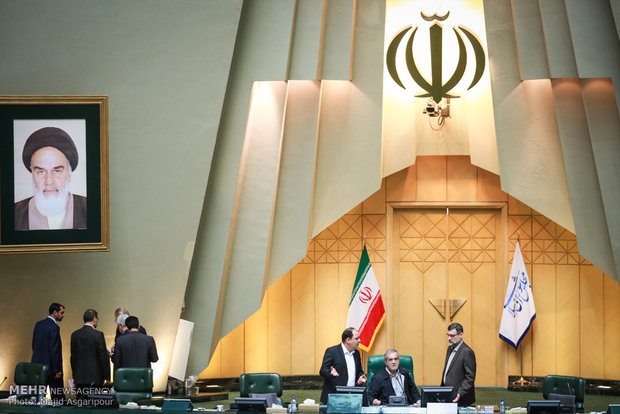 On Sunday, Iranian lawmakers unanimously passed the general outlines of a countermeasure bill to US acts of exploitation and terrorism in the region in a 240-0 vote with one abstention. Article 4 of the bill includes a list on US legal and natural entities that will be subject to punishment and countermeasure acts under the bill.
Due to the covert and over support of US government and its intelligence and military forces to terrorist groups, and repeated confessions by some American officials (including the then US Secretary of States) on the US part in the formation of terrorist groups and all-out sponsoring of them such as ISIL, the Islamic Republic of Iran considers the following individuals subject to punishments included in Article 6 of the bill:
US military and intelligence organizations, as well as senior commanders and officials, that have greatly contributed to the financing, intelligence, military, and arms support, as well as the training of terrorist and extremist groups in the region, such as ISIL and Jabhat al-Nusra.
American individuals who are actively involved in US military and intelligence activities referred to in paragraph 1 of this article.
American individuals who are actively involved in organizing the financial or strategic support or the carrying out of terrorist acts against the interests of the government or the nationals and citizens of the Islamic Republic of Iran.
American individuals who sponsor Mujahedin-e Khalq terrorist organization (MKO), or any other extremist and terrorist groups, including ISIL and the Nusra Front, either directly or indirectly, such as through financial, political, promotional, cultural, arms and intelligence support.
American individuals who support and have an active role in state terrorism, such as the one carried out by the Zionist regime against the people of the region, particularly in Palestine and Lebanon.
The Article obliges Iran’s Foreign Ministry to cooperate with IRGC Quds Force in identifying individuals who fall under these five categories within three months. The list of sanctions will be updated every six months.