Why Is Israel Worried about ISIS Defeats in Region?

TEHRAN (Basirat): The Israeli regime has never viewed the Takfiri groups as a threat against itself. The regime’s records, indeed, reveals that Israeli officials view the terrorist groups as a proxy to press ahead with their security and political interests and fulfill their regional goals. 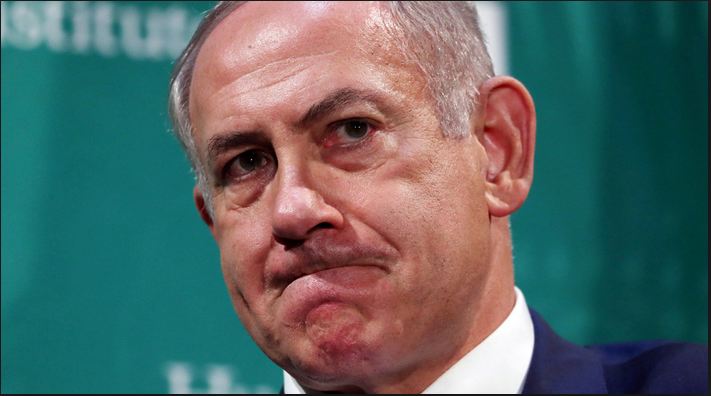 Israeli officials are closely monitoring the latest developments in the region particularly the Syrian army and its regional allies’ recent victories over ISIS as well the advancements of the Lebanese army and Hezbollah in fight against al-Nusra Front.

That is why they are now desperately trying to say that the recent developments have ended up in Iran’s interest and the country is seeking to increase its influence in Syria. Therefore, even the recent visit of Israeli Prime Minister Benjamin Netanyahu to Moscow can be analyzed from this perspective; a visit which was not warmly welcomed by the Russians, especially Russian President Vladimir Putin.

And now the current aggressive stances of Israeli officials, including the Israeli military intelligence, completely reveal how worried they are about the defeats of the terrorist groups in Syria and the collapse of Tel Aviv’s plans in the region.

In a report, Israel’s Intelligence service has emphasized that the current strategic changes in the region means that Tehran-Beirut route passing through Baghdad and Damascus has become smooth for Iran as well as its allies and resistance groups.

In another word, the current development has created a huge challenge for the Zionists. Tackling the challenge is not possible for Israel without the US’ support. And during his visit to Russia, Netanyahu was seeking to convince Russian officials to keep Iran away from the occupied lands’ borders. This is exactly what he expects the US to take seriously.

As a researcher at a Herzliya-based centre has put it, Tel Aviv had adjusted its policy towards Syria based on the prediction that Syrian President Bashar al-Assad could not leave behind the current crisis and at the end he would fall and this in turn would undermine the axis of Iran-Hezbollah.

However, this prediction failed and today we see that Assad is more than ever hopeful to remain in power because he enjoys the full support of its regional allies in Iran and Lebanon. Meanwhile, some European countries have changed their policies towards the crisis out of fear of the threats of the terrorist groups like ISIS and Al-Nusra Front.

The final point is that the Zionists’ current stances towards Iran are the continuation of their old stances over the past years. But such statements against Iran by the Zionist regime amid the current developments in the region, particularly the Syria crisis, reveal that the Zionists are desperately trying to resort to any means to achieve their goals, even by giving concessions. Meanwhile, the predictions of the Zionists about the battles in Syria have ended up in failure and today they are trying to postpone any direct conflict with the resistance axis for as long as possible.