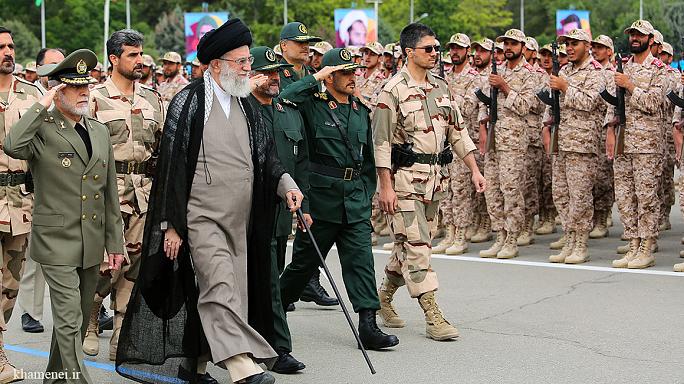 The formation of the Islamic Movement and the people who launched it with Ayatollah Khomeini's leadership was based on religious and spiritual teachings of Islam and Shia beliefs. The victory of the movement not only led to the overthrow of a royal system, but also brought with itself a massive change in attitudes towards social, political and cultural developments of the Iranian community. The Islamic Revolution was a revolution of values, values that persevered in the 8-year war against Saddam Hussein’s Army, the Holy Defense.

Therefore, by definition the Revolutionary Guards Corps cannot be indifferent to the issues of value and belief of Iranian society and considers its protection as one of its duties. Naturally, such an accomplishment does not necessarily follow military practices. In order to be active in such fields, it is essential that the methods and materials be tailored to the cultural affairs and equipped with a weapon of thought and pen in order to allow further effect.

Readiness to deal with any kind of threat
Confronting the cultural invasion and the spiritual transformation of the society requires the IRGC to have a high level of structural and organizational strength. Given the high capabilities of this revolutionary institution, it is expected that the Revolutionary Guards will be prepared to deal with any kind of threat, and this requires flexibility in the structure. Experience has shown that the dynamism of this institution has led to the adoption of necessary measures in line with the social and technological developments, and adoption of new methods by the enemies in confronting the Islamic Revolution. So the Islamic Revolutionary Guard Corps is engaged in a tough battle, whether in the semi-hard war or in soft war.

The Revolutionary Guards has been the strongest cultural institution in the country due to the presence of educated, intelligent, tireless and revolutionary forces on the one hand and the backing of propaganda facilities and the lack of other cultural institutions. Examples are many: establishment of two universities, Imam Hussein (AS) and Baqiyatallah (AS), four university colleges and high schools, audiovisual productions, the launch of various cultural and political websites, organization of Basij elites for development of public-interest engineering in the cultural-political aspects of society.

Popularity, the result of construction
Another success of the Revolutionary Guard Corps and the Basij is in the area of ‘soft services’, which has promoted the status of these institutions. After the Holy Defense, Basij at all levels and strata - artists, engineers, the medical community- has played a leading role in community service, particularly in tackling poverty in marginal regions. Basij youth jihadist groups performed well with young people and sometimes spontaneously in this regard, developing a culture that is a precious asset for the nation and advancement of the country's goals.

Countering cyber threats
Books and publishing is another area where the IRGC is present. After the Holy Defense, IRGC diversified its activities in medical, engineering, humanities, cultural, security, and military areas. Revolutionary Guards' cultural activities, rooted in their revolutionary morale, advocates Iranian society’s ‘look inside’ vis-à-vis sanctions and threats of the enemy, and independence from ‘alien’ currents. Moreover, the Revolutionary Guards, relying on internal capacity and recognizing true threats, has contributed greatly to the cyber security of the country.

Jihad in all fields
Another social and cultural feature of the Revolutionary Guards is the preservation of ‘jihadi spirit’. The experience of the eight years of Holy Defense and reconstruction of the country has shown that the military, taking into account the emphasis placed on the jihadist spirit, were prepared in every way against the sanctions and took effective steps in various fields of development and construction. This kind of look can of course be regarded as a model for the country's leaders in the cultural arena. Revolutionarism is the most important principle in keeping the movement upbeat. Maintaining this spirit is the main factor for self-determination and political, economic and cultural independence, and the establishment and Revolution will not be harmed as long as this spirit persists. Hence, the Revolutionary Guards always emphasizes its revolutionary character in all fields.

* Sajad Abadi is visiting professor at the University of Saint Joseph of Lebanon. The views expressed in this article do not necessarily reflect Iranian Diplomacy's editorial policy.