Tensions surface between UK and U.S. over Iran nuclear deal

TEHRAN (Basirat) :Tensions between the U.S. and UK over whether to abrogate the Iran nuclear deal were exposed on Thursday when U.S. Secretary of State Rex Tillerson claimed Iran is in default of the deal’s expectations but British Foreign Secretary Boris Johnson urged the world to have faith in its potential to create a more open Iran. 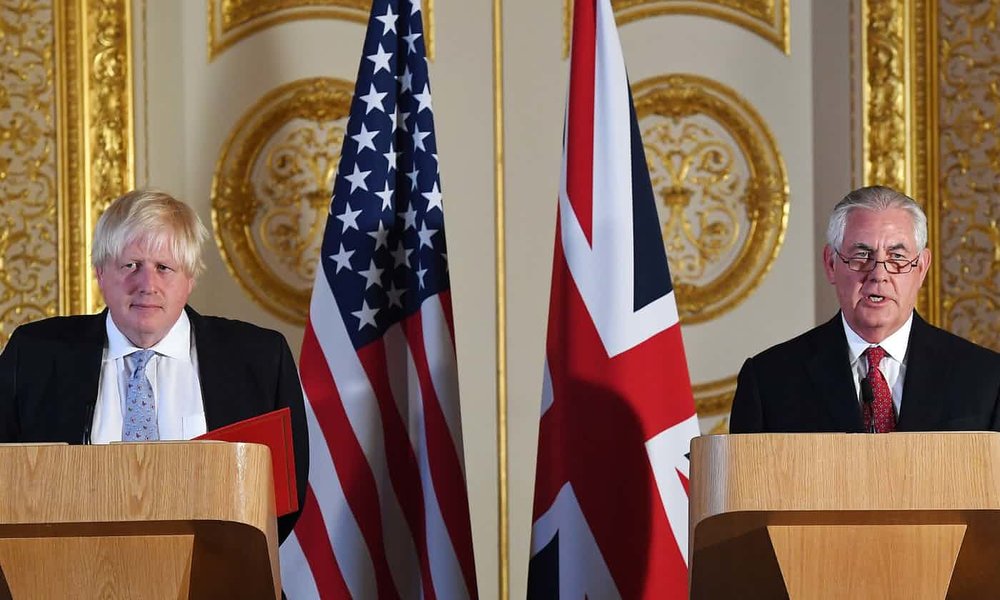 In a joint press conference, Tillerson argued that the U.S. decision about whether to end the 2015 agreement will be based on a wider assessment of Iranian behavior, including in Yemen and Syria, and not just on whether Tehran is complying with the strict terms of the deal, Guardian reported on Thursday.
However, Johnson said, "We in the UK feel that Iran – a country of 80 million people, many of them young and potentially liberal – could be won over. I think it is important they see there are benefits from the JCPOA, so we in the UK want that alive.”
U.S. President Donald Trump resumed his attacks on the agreement on Thursday.
Trump claimed Iran had "violated so many different elements, but they’ve also violated the spirit of that deal”.