TEHRAN,(Basirat) – Leader of the Islamic Revolution said Wed. US since the Revolution has opposed some basic issues in Iran’s legal system, including the Guardian Council, and now seeks to throw doubt on its decisions. 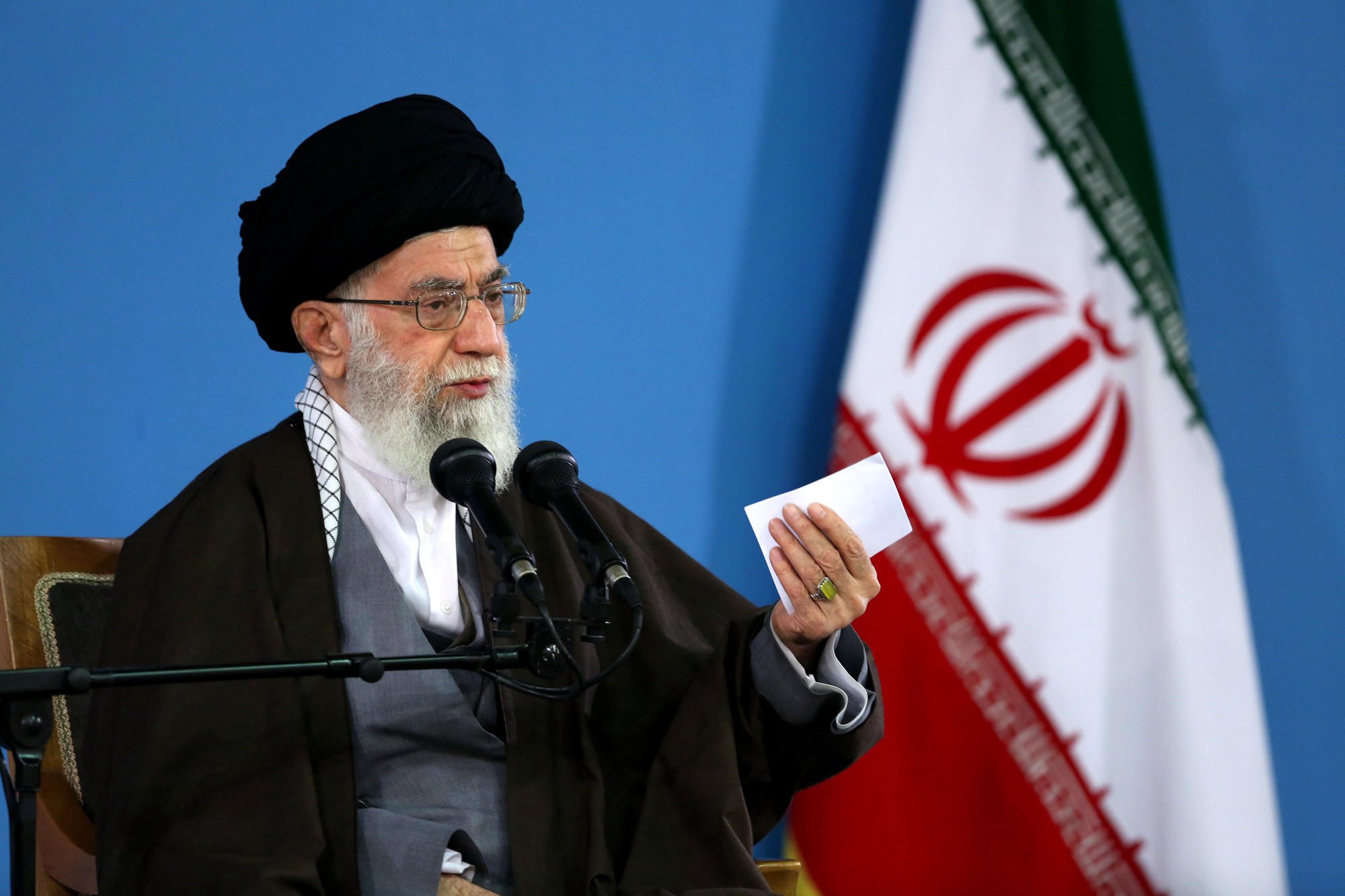 On the occasion of the 29th anniversary of the historic uprising of the Tabriz residents against the Pahlavi regime on February 18, 1978, thousands of Azeri people from East Azerbaijan province met with Leader of Islamic Revolution Ayatollah Khamenei here on Wednesday, According to (MNA).
Addressing the people, Ayat. Ali Khamenei in reference to the upcoming parliamentary and Assembly of Experts elections said, "I will never tire of telling the truth. I will speak whatever I feel I should share with the nation.”
"The enemies intend to keep the public opinion oblivious of their malevolent objectives; they seek to exert their influence in the elections. People must be aware and act contrary to what the enemy seeks,” Iranian Leader said.
Ayat. Khameni went on to add that "the Americans ever since the Islamic Revolution have been opposed to several basic issues including the Guardian Council. They fell short of annihilating the Council and now seek to call into question its decisions in a bid to render illegitimate [Iran’s] elections, the Parliament and its laws.”
They intend to bring the country into four years of legal vacuum, he warned.
"The Parliament is the government’s tracklayer,” said Ayat. Khamenei, "if it seeks people’s welfare, justice, economic development, scientific and technological advancement as well as dignity and independence, it will lead the government to these goals.”
"But if the Parliament is intimidated by the West and the US,” he added, "if it seeks the ruling of aristocracy, it will lead the nation towards ruin.”
Noting that the enemy is very sensitive on the Assembly of Experts, he said "Assembly of Experts is very important. The Assembly chooses the Leader when necessary. Their decision is dependent on whether they value the revolution and the nation or if they have fallen prey to the enemy’s plots.”
"A US official said two days ago they will make sure no one would dare invest in Iran, that is why I repeatedly said the US cannot be trusted,” he stressed.
The Leader went on to add, "American politicians object why our people chant ‘death to the US’. With the current and past history of your behavior, what do you expect our people say?”
"Americans smile in private meetings, shake hands and say unctuous words; this is for diplomatic meetings and has no value,” he noted.
"The fact of the matter is that after lengthy negotiations and signing the agreement and reaching a conclusion [on Iran’s nuclear program], they now say they will not allow [world investors to do business in Iran] and blatantly threaten us to impose new sanctions,” said the Leader.
"This is the truth about the US and one must not close one’s eyes to this fact,” he added.
Iran’s Leader deemed good economic relations with other countries, saying "of course, the interactions must be conducted wisely and boost domestic economy.”
"By God’s grace, Iran’s young generation will see the day when the US and even more major countries will be completely incapable of taking any measures against the Iranian nation,” he vowed.