TEHRAN(Basirta) :The United States continues to oppose JCPOA. In this regard, Washington is aiming to bring France, Germany and Britain together. During the United Nations General Assembly in New York, US President Donald Trump negotiated with European officials. France is one of the countries that the United States is trying to bring with it in its opposition to the nuclear deal. 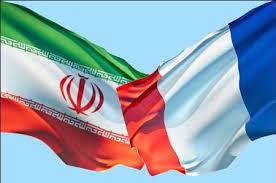 France is a permanent member of the UN Security Council and is also a member of the 1 + 5. France played a significant role in opposing peaceful nuclear program in Iran during its nuclear talks with Iran. Currently, Trump is seeking a re-negotiation of a nuclear deal. In order to achieve this goal, the president of the United States will have to conquer France.

The visit of the US president and Emmanuel Macron in New York can also be analyzed in the same vein. The main topic of the talks between US and French presidents was a nuclear deal with Iran.
French President Emanuel Macron met with President Donald Trump in New York in the sidelines of United Nations General Assembly. The main topic of the US-French presidents' talks was over the nuclear deal with Iran. In recent weeks, the French authorities have also shown green light to the United States in the context of a fresh deal on JCPOA. A spokesperson for the French president recently announced that the Nuclear Deal could be "completed" by attaching the issue of Iran's missile power.
The French authorities have claimed that they were about to complete a nuclear deal after 2025. But the main question is why the French authorities have already expressed such positions?
What is certain is that the French authorities have started a paradoxical and dual game in this regard. On the one hand, they try to capture the satisfaction of Trump and the White House, and on the other hand, they are committed to a nuclear deal. This dichotomy shows itself in the language and behavior of French officials.
Donald Trump, on the other hand, has left the Paris climate agreement after attending the White House. Some analysts say Trump is looking to get concessions from European countries, especially France, to return to this agreement. One of those privileges could be to accompany Paris on a nuclear deal with Iran. However, after the French presidential election and the election of Macron, talks were held between Washington and Paris on the return of the US to the Paris agreement. Even Macron has stated that he will do his best to bring America back to Paris agreement.
However, after the United Nations General Assembly, France, like other European countries, stressed that it was not possible to re-negotiate a nuclear deal, but it should be noted that it was not possible to open a special account on this Parisian position! The rules of the French deal with the nuclear deal are subject to a variety of components, including the relationship with the United States and two other European countries, Germany and Britain. In other words, France does not look at the nuclear deal with a legal approach and as an independent phenomenon. In this equation, France, like the United States and even two other European countries, Britain and Germany, have a political and instrumental view of a nuclear deal with Iran.
Finally, the young French president Emanuel Macron knows well that his approach to the nuclear deal will be judged by the general public. He knows well that the cost of leaving the nuclear deal is heavy. However, the foreign diplomacy and foreign policy system of our country should not be convinced that the French are a safe actor to protect the nuclear deal. The experience of the past two years has shown that, despite the interaction and association with the three European countries over a nuclear deal, it can not be argued that they support the correct implementation of this agreement.