TEHRAN (Basirat) : Iraqi Prime Minister Haider al-Abadi said Thursday he did not want an armed conflict with his country's Kurds, days after the autonomous Kurdistan region voted for independence in a referendum. 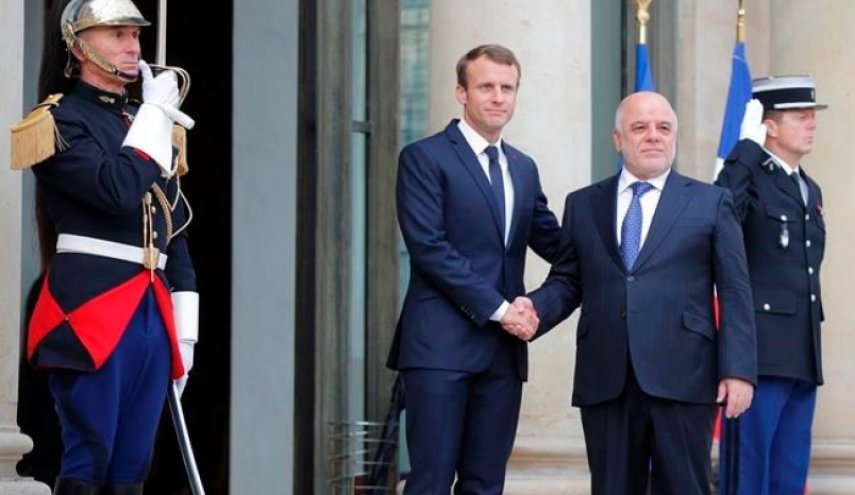 "We don't want armed confrontation, we don't want clashes but federal authority must prevail," he said after a meeting in Paris with French President Emmanuel Macron.
"Separatism is unacceptable," Abadi said, reiterating that the non-binding September 25 vote -- in which 92.7 percent of Iraqi Kurds backed independence -- was "illegal".
"Iraq belongs to all Iraqis," he said, appealing to Kurdish Peshmerga forces to work with the Iraqi army "as we have worked together against Daesh, to guarantee citizens' safety."
Macron voiced support for Kurds' rights while defending Iraq's territorial unity.
France has "always been sensitive to the situation of Kurds" but is also committed to stability in Iraq, Macron said, calling for dialogue between Baghdad and Iraqi Kurdistan.
"France is ready to contribute actively to the UN's mediation efforts, if Iraqi authorities so wish," he said.
SOURCE : Alalam
Tags: Haider al-Abadi ، basirat ، macron
Error Report
0