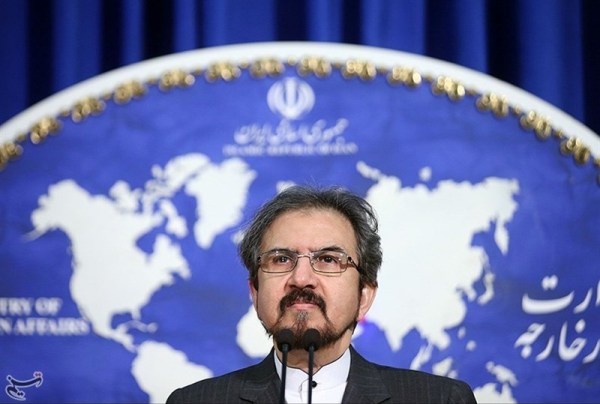 "It is most unfortunate that Saudi Arabia’s foreign minister still insists on keeping the wrong, costly and fruitless approach (toward Iran) and continues to beat the drum for tension, violence and destructive policies,” Qassemi said in a statement on Wednesday.

It is better for Saudi officials, instead of repeating their "threadbare allegations” against others, to rectify their approach and find a way out of their domestic and regional crises, he added.

Addressing the annual Chatham House conference in London on Tuesday, Jubeir claimed that the 2015 nuclear deal between Tehran and world powers had shortcomings.

"(Iran’s behavior) is not acceptable, and there will be consequences to the Iranians. This is what President Trump has said, and we are very supportive of that.”

Jubeir also claimed that he agreed with Trump that the Islamic Republic was working to destabilize the region, adding that new anti-Iran measures would be welcome.

Saudi Arabia enjoys close ties with the US. Back in May, they inked a multi-billion arms deal at the height of the Saudi regime’s deadly military campaign against Yemen.

Yemen’s defenseless people have been under massive attacks by a coalition led by Saudi Arabia for more than two and half years but Riyadh has reached none of its objectives in Yemen so far.

The UN Office for the Coordination of Humanitarian Affairs (OCHA) has warned that more than 11 million Yemeni children are in dire need of relief aid as a result of Saudi Arabia’s aggression against the impoverished country.

In a statement published on Monday, the agency described the conflict in Yemen as "devastating,” and said the Yemeni children were facing "the largest food security crisis in the world and an unprecedented cholera outbreak.”

Since March 2015, Saudi Arabia and some of its Arab allies have been carrying out deadly airstrikes against the Houthi Ansarullah movement in an attempt to restore power to the fugitive former president Abd Rabbuh Mansour Hadi, a close ally of Riyadh.

Over 12,000 Yemenis, including thousands of women and children, have lost their lives in the deadly military campaign.