TEHRAN(Basirat): Iran’s FM spokesman Bahram Ghasemi censured Saudi Arabia for accusing others of sponsoring terrorism while itself being the embodiment of terrorism and blatant meddling in other countries’ affairs. 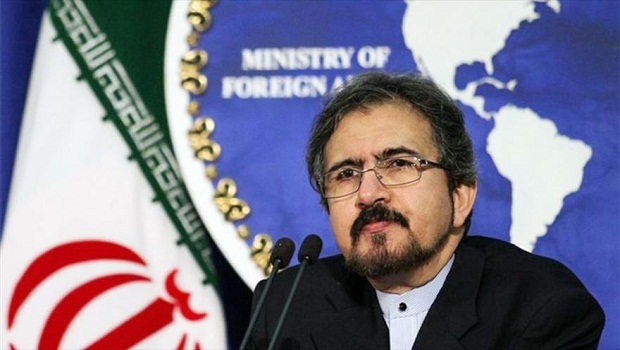 In a statement on Saturday, Iranian Foreign Ministry Spokesman Bahram Ghasemi reacted to the anti-Iran remarks made by Saudi Foreign Minister Adel Al-Jubeir in a televised interview, deeming them a repeat of the same baseless, illogical, absurd and offensive comments.

"The foreign minister of Saudi government by misrepresenting the fact continues to repeat his futile attempts in the hope of distracting general opinion from the Saudi regime’s destabilizing measures in the region,” Ghasemi said. "This is while regional governments and nations are fully aware of Saudis’ dividing policies which are now targeting Lebanon after the Persian Gulf and Yemen.”

Ghasemi strongly rejected the allegations of the Saudi minister, noting the rampant war crimes committed by Saudi Arabia in Yemen; "Saudis have taken the shifting-the-blame game to the highest level when they are themselves the cradle of extremist ideology, epitome of terrorist activities, and blatant meddling in domestic affairs of other countries in the region.”

The Iranian diplomat further referred to the recent developments in the Middle East, adding "while the Islamic Republic has been for years making efforts aimed at promoting peace and stability in the region and the world, today our region is once again gripped with crude, extremist policies, a part of which is aimed at diverting the general opinion from [Saudis'] fabricated internal and external conflicts.”

He went on to stress that the current situation in the region demands serious resolve and wisdom of all regional countries for countering its devastating effects.