Russia, Iran, Turkey agree on all issues in Antalya

TEHRAN (Basirat) :Foreign Ministers of Russia, Iran and Turkey Sergei Lavrov, Javad Zarif and Mevlut Cavusoglu at the talks in Antalya on Sunday have reached agreement on all the key issues, the Russian foreign minister told reporters after the meeting. 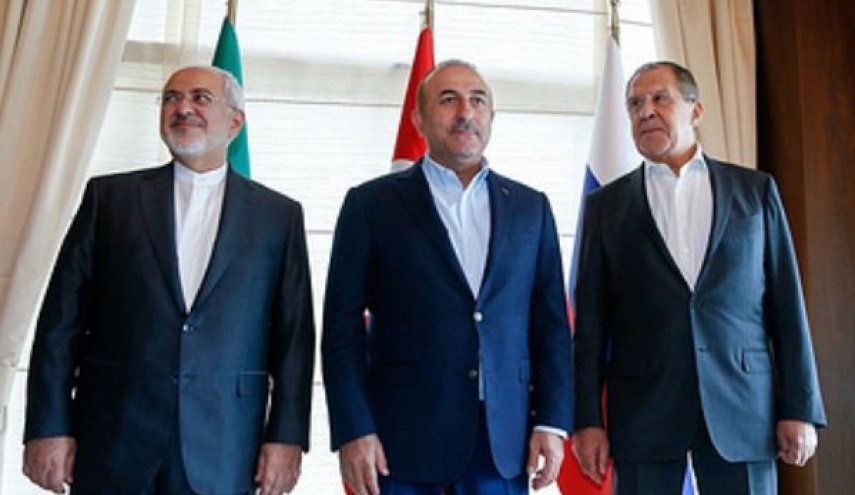 "We have gathered to discuss certain issues related to preparations for the summit of the three countries’ president, which is due in Sochi on November 22," Lavrov said. "The work was very useful, we have reached agreement on all the key issues", reported TASS.

"We shall report to our presidents our views on how to move forwards, how to improve the process, which we call the Astana process and which should offer most favorable conditions to have the Geneva process at last gain some effective instruments to settle the tasks, outlined in the UN Security Council’s Resolution 2254," the Russian minister said.

On October 31, the Russian Foreign Ministry reported that representatives of 33 organizations, including opposition groups based in Damascus, Cairo, Riyadh, Istanbul, Paris, Geneva and Madrid, had been invited to take part in the event. Two key Syrian opposition groups based outside the country, namely, the National Coalition of Syrian Revolutionary and Opposition Forces and the High Negotiations Committee (the Riyadh group), which takes part in the UN-brokered consultations in Geneva, refused to take part in the meeting in Sochi.