Repression may delay justice but it will never defeat justice

TEHRAN (Basirat) :Colin Cavell, a former lecturer at University of Bahrain, believes the people yearn to be free, and the Bahraini people are no different from other people in the world. They will continue their just fight for freedom, and the overthrow of the monarchy is as assured as that the sun will rise tomorrow. 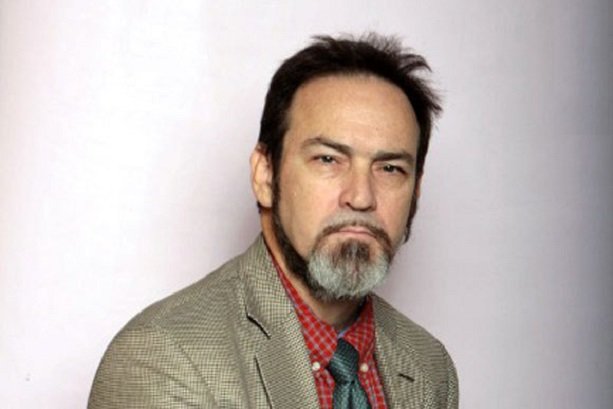 "Numerous political and religious individuals are today locked up in Bahrain’s prisons, that no opposition political parties are allowed to exist, that freedom of speech, freedom of association, and freedom of religion are non-existent in Bahrain, that a number of activists are in exile overseas and, once again, that Bahrain is bereft of an independent judicial system, and that what justice that prevails in the country is cynically only "Just-Us” which serves the ruling Al Khalifa clan is all indicative of the present fragility of the Al Khalifa regime. Repression may delay justice but it will never defeat justice,” Collin S. Cavell said in an interview with the Basirat Base.

The full text of the interview is as follows:

Q: Some analysts believe the verdict against Shia cleric Sheikh Isa Qassim is a mockery of justice andit will be mentioned as one of the bleakest moments in Bahrain’s recent history. What is your view about recent events in Bahrain? What will be its consequences?

CSC: Last year, on June 20, 2016, King Hamad bin Isa al-Khalifa of Bahrain, revoked the country’s main religious spiritual leader, Ayatollah Sheikh Isa Qassim of his citizenship, under Royal Decree 55/2016, for prompting sectarianism and violence, money laundering, and serving foreign interests. Sheikh Qassim preaches at the Imam Sadiq mosque, the largest Shia mosque in the country, which is located in the village of Diraz, where the Sheikh has a residence. The King also dissolved both the Islamic Enlightenment Institution (Tawiya) and al-Risala Islamic Association, societies organized by and associated with Sheikh Qassim. Less than a month later, on July 17, 2016, the King dissolved the al-Wefaq Islamic Society, the largest opposition group in the country which, because of his prior political experience with the Al Khalifa monarchical dictatorship, views Sheikh Qassim as a guiding light.

For his alleged "crimes”, Sheikh Qassim was handed a suspended one-year prison term and ordered to pay a fine. As well, his residence in the village of Diraz was surrounded by the Bahrain military which established checkpoints for anyone going in and out of the village. In addition, internet connections to the village and cellular coverage were at times disabled, slowed, and, of course, continuously monitored. Sheikh Qassim’s alleged "crime” is that he believes that citizens should have a say in who runs the government or, in other words, he supports the same basic democratic beliefs of all freedom-loving peoples in the world which, in Bahrain, is a crime. Denied due process throughout, Sheikh Qassim has adhered to his house arrest while supporters are often arrested outside his residence while protesting the regime’s harassment of their leader. As such, the stripping of his citizenship, denial of freedom of movement, silencing his opinions, etc. are all violations of numerous provisions of the Universal Declaration of Human Rights as well as violations of numerous articles of the International Covenant on Civil and Political Rights.

Q: Some al-Khalifa’s politicians point out to the concepts of security and sovereignty. What do you think? Is this claim acceptable?

CSC: While it is the nature of the political state to guard its internal sovereignty—no matter what type of regime exists—the degree to which a regime allows for the voicing of opinions—social and political—is a reflection of the stability of that regime. That numerous political and religious personalities are today locked up in Bahrain’s prisons, that no opposition political parties are allowed to exists, that freedom of speech, freedom of association, and freedom of religion are non-existent in Bahrain, that a number of activists are in exile overseas and, once again, that Bahrain is bereft of an independent judicial system, and that what justice that prevails in the country is cynically only "Just-Us” which serves the ruling Al Khalifa clan is all indicative of the present fragility of the Al Khalifa regime. Repression may delay justice but it will never defeat justice. People yearn to be free, and the Bahraini people are no different from other peoples in the world. They will continue their just fight for freedom, and the overthrow of the monarchy is as assured as that the sun will rise tomorrow.

Q: What is Britain's role in recent events in Bahrain?

CSC: Britain has both before and after Bahrain’s nominal independence in 1971, been the traditional hegemonic power responsible for the island kingdoms foreign policies for much of the 20th century. As the United States hegemonic power eclipsed that of the UK following WWII, however, it has been the US that has run the imperial show on the Arabian Peninsula and in the Persian Gulf while Britain has acted the role of enforcer over its previous colonies. Recently, the Al Khalifas, fearful of losing their American patronage, induced Britain to establish a new military base in the country by paying the entire bill for its construction, in hopes of balancing British patronage with US patronage, knowing full well that the UK will be the last government in the world to abandon monarchical policies.

Q: How do you see the human rights situation in Bahrain?

CSC: As I lived in Bahrain during the years 2002 to 2011, years which witnessed the unfolding of The National Action Charter, approved by referendum in 2001, and designed to put an end to the popular uprising of the 1990s and return the country to constitutional rule, I directly witnessed the inability of a monarchical system of government to deliver on even basic democratic liberties such as freedom of speech and association. The curtailing of political activism, the jailing of activists, the quashing of political societies, the attacks on religious leaders, mosques, etc., all led to the uprising of February 2011. As Saudi Arabia invaded the country by sending in the Peninsula Shield Force troops in March 2011 to violently suppress the uprising, it became clear that Bahrain, under the Khalifas, is a mere satrapy of the KSA, and both exists under the tutelage of both the UK and US hegemonic powers.

The subsequent report of the so-called "Bahraini Independent Commission of Inquiry” (the Bassiouni Commission report) of November 2011 attempted to catalog some of the major abuses of the regime that needed addressing; however, the main political changes could and would never be addressed as they relate to the nature of a monarchical regime. Autocratic governments will always lead to repression, and monarchies are quintessential autocratic regimes. The words of Thomas Paine still ring true some 241 years after his famous pamphlet, Common Sense, was written, viz:

Government by kings was first introduced into the world by the Heathens, from whom the children of Israel copied the custom. It was the most prosperous invention the Devil ever set on foot for the promotion of idolatry. The Heathens paid divine honors to their deceased kings, and the Christian world hath improved on the plan by doing the same to their living ones. How impious is the title of sacred majesty applied to a worm, who in the midst of his splendor is crumbling into dust!

Question: Thank you so much for devoting your time. You are one of the best Bahrain experts. Could you kindly introduce some sources to our audience for further studies?

CSC: Yes, of course. You can take a look at these sources: