TEHRAN(Basirat): Chief of Staff of the Armed Forces Major General Mohammad Baqeri in a statement issued on Thursday condemned US President Donald Trump's decision in recognition of al-Quds as capital of the Zionist regime. 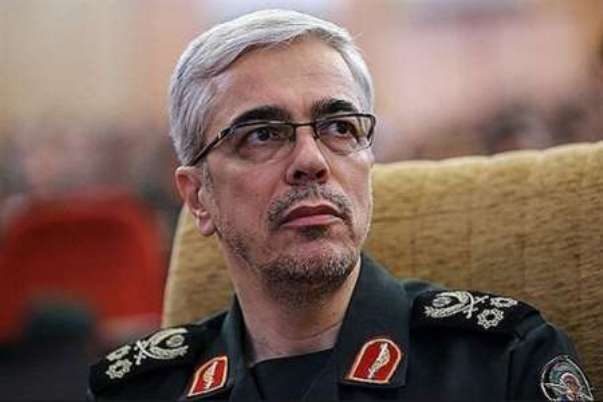 In the statement, Baqeri said Holy Quds belongs to the Palestine and the Islamic world and underlined that Muslims will never allow part of Islamic world to be separated from its body and the hegemonic power of the US should understand that unity in the Islamic world will defeat such futile acts and will make the Zionist regime closer to annihilation.

General Baqeri stressed that Arab and Islamic states are facing a historical test and history will judge about their silence or participation with other Muslim nations against the Zionist regime.

He said that unwise decision of Trump is clear violation of Palestinian rights and contrary to international laws and added that responsibility for any tension and conflict is on the shoulder of the US and the Zionist regime.