TEHRAN(Basirat): In response to Donald Trump’s declaration on Wednesday in which he recognized al-Quds (Jerusalem) as the capital of Israel and ordered the relocation of the U.S. embassy from Tel Aviv to al-Quds, the Iranian Foreign Ministry immediately issued a statement denouncing the move and said it stands in stark violation of “international resolutions”. 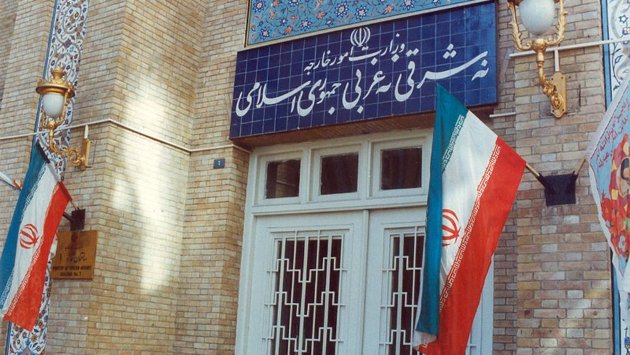 This is the full text of the statement issued by the Foreign Ministry:

Jerusalem al-Quds which hosts the first Qibla of Muslims is an inseparable part of Palestine. As one of the three most sacred sites in Islam, it enjoys a highly significant status among the Muslims. It is no secret any more that the Zionist regime has put on its agenda a number of measures to impose its hegemony over Jerusalem al-Quds including forcing the main inhabitants of the city to leave the city, occupying their houses and lands, replacing Muslim population with Jewish people with the aim of changing the demography of the city, destroying sacred Islamic sites and symbols, desecrating Al-Aqsa Mosque by paving the way for extremist settlers to enter the Islamic place, imposing restrictions on Muslims for visiting the mosque and saying their Friday prayer, and violating the citizenship rights of the Palestinians living in the city.

The Islamic Republic of Iran has always emphasized that the main causes behind destabilization and insecurity in the Middle East are continued occupation of the Palestinian lands by the Israeli regime, the United States’ full and all-out support for the Zionist regime, and depriving the oppressed nation of Palestine of their basic rights to establish an independent state for their own with al-Quds as its capital. With the U.S. and its allies’ desperate efforts to impose a compromised solution, the Palestinians have failed to even fulfill their preliminary wishes stipulated in the resolutions by the United Nations Security Council as well as the UN General Assembly. Meanwhile, the continued expansion of settlements, occupation of more Palestinian lands and desecration of religious sites by Israeli regime which are carried out with the direct support of the U.S. amid the indifference of international organization, all in all have hampered the Palestinians’ drive to achieve their rightful and legal demands.

The imprudent and provocative decision of the U.S. to recognize Jerusalem al-Quds as the capital of the Zionist regime not only does not at all contribute to peace and stability in the region but also reveals the nasty intentions of the U.S. administration and further discredits the U.S. before those who still have confidence in the neutrality of Washington in the mirage-like trend of peace talks. Meanwhile, the decision will also create outrage among Muslims and fan the flames of a new Intifada, extremist moves, violence and brutality. It goes without saying that the U.S. and the Zionist regime are responsible for the upcoming results.

Given the fact that Jerusalem al-Quds is recognized as an occupied land by the UN resolutions, the U.S. move is in stark violation of the international resolutions. So, the Islamic Republic of Iran strongly condemns the U.S. decision and calls on the international community and leading states particularly the Islamic countries to step into the fray and stop the implementation of the U.S. decision because it only serves the Zionist regime’s interests.

Meanwhile, the Islamic Republic of Iran expresses its full sympathy with the Palestinian people and once again underlines the main responsibility of the international community, particularly the UN, to put an end to the occupation of the Palestinian territories and the holy Quds and contribute to the Palestinians’ efforts to achieve their basic rights.