US Responsible for Potential Escalation of Tension in Mideast: Iran

TEHRAN(Basirat): Iran’s defence minister says the US will be responsible for any escalation of tension in the region as a result of its decision to recognize Jerusalem al-Quds as the Israeli regime’s capital. 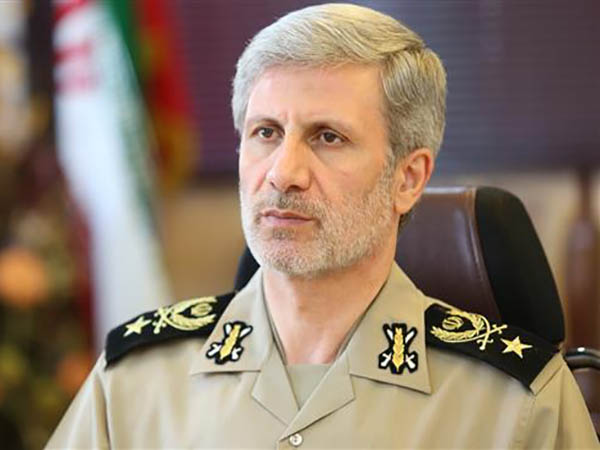 "The move (recognition of Jerusalem al-Quds as Israel’s capital) will expedite the annihilation of the Zionist regime [of Israel] and further consolidate unity among Muslims,” said the top general while addressing a host of military top brass.

After they suffered defeat in Syria and Iraq, he said, hegemonic powers are now seeking to hatch plots and launch a new wave of adventurism against regional nations.

"The [Israeli] regime which has occupied al-Quds knows that such illegitimate moves by the US government will not lead to any changes in the situation of al-Quds, and the Palestinian nation and freedom-seeking people around the world will become more determined than ever to close ranks and remain united for the liberation of al-Quds and the Palestinian land,” said the defence chief, according to a Farsi report by ILNA.

The top general condemned Washington’s provocative and unwise move, saying occupiers will never savour the taste of calm and will have no way, but to leave the occupied territories.

"Muslims will never allow part of the body of the Muslim world to be separated from it.”

He said the US and Israeli regime will be responsible for any rise in tension and bloodshed in the region.

"The US government must accept responsibility for the anti-security decision it has made,” said the defence minister.

He underlined that Iran has always pursued the policy of supporting the Palestinian nation, contributing to regional stability and security, and condemning the divisive and unilateral moves adopted by the US and the Israeli regime.

"We are warning against Washington’s move,’ he said.

Elsewhere in his remarks, the top general referred to the elimination of the ISIS terror group from the region.

"If ISIS had not been uprooted in the region, the Israeli regime would have been able to survive for a long time while enjoying security and tranquility, and the regional nations would be fighting one another rather than fighting Israel and terror groups,” he said.

The general underlined that ISIS was not the enemy’s last tool in the region, adding the enemy will continue to hatch plots.

He also stressed that Iran will continue to combat terrorism.