Arab Reactionaries’ Stabbing of the Oppressed Palestinian People in the Back.

TEHRAN (BASIRAT) :The Bahraini delegation’s visit to Tel Aviv shows that the process of the Arab world’s normalization of ties with the Zionist regime has entered an operational phase. On the other hand, it was an attempt to reduce the costs of Trump’s defeat in declaring Jerusalem al-Quds as the capital of the Israeli regime. This visit was also a clear example of the Arab reactionaries’ stabbing of the oppressed Palestinian people in the back. 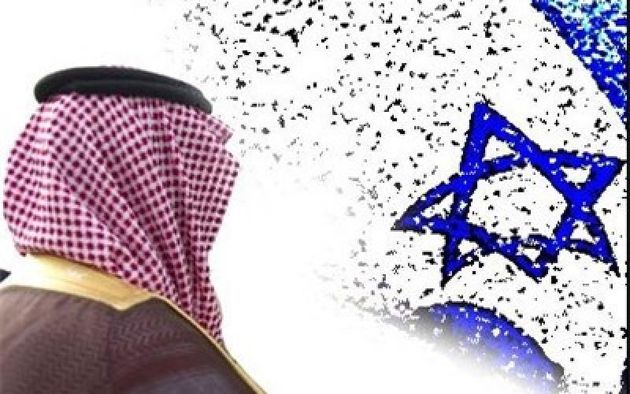 A delegation from Bahrain has recently made a visit to the occupied territories in a move believed to be aimed at legalizing the US president’s decision to recognize Jerusalem al-Quds as the capital of the Israeli regime.

There are many reasons behind such a trip which rarely happens in the Muslim world. Basirat news website in a Farsi opinion piece has weighed in on the Bahraini government’ move and the goals behind making such visit. Following you can find the full text of the piece written by Yousef Shafiei.

The Palestine’s case has become a matter of focus in recent days. US President Donald Trump recognized Jerusalem al-Quds as the capital of the Israeli regime last Wednesday. This was a decision that none of US presidents dared to take within the past 22 years. This issue is very important as it can have many consequences. However, the important point in this regard is the role of the Arab countries in making such decision. As the Muslim world is very sensitive about holy Quds, it is clear that Washington and Tel Aviv had reached agreement with some regional countries before the announcement of the decision.

In this regard, Reuters reported that the Saudi government, by granting a $100 million grant to the Palestinian Authority, tried to persuade the PA to agree with the plan of the president of the US to recognize Jerusalem al-Quds as the capital of the Zionist regime. Fatah officials also revealed that the special envoy of the US president presented a new plan to the Saudi King, and the Saudi King with the pressure of the US government presented the plan to the Palestinian Authority to seal the "deal of the century”.

According to this American plan, the PA receives generous donations in exchange for accepting the formation of two states, delaying the talks on Quds issue, and normalizing the Arab-Israeli relations.

The British daily The Times also wrote that Palestinian President Mahmoud Abbas, at the time of his visit to Riyadh, was informed that he should either agree with the US plan or resign. Reports show that Abbas has refused an offer to recognize Abu Dis village in the vicinities of al-Quds as the capital of the Palestinian state instead of Jerusalem.

Under such circumstances, a delegation from Bahrain has traveled to Tel Aviv, which raises many questions. Channel 2 of the Israeli television said that the Bahraini delegation had arrived in Tel Aviv with the official approval from the Bahraini king. This is the first time that a delegation from Bahrain officially travels to Tel Aviv. The Bahraini government has announced that the team is tasked with giving a good image of Bahrain in other countries! However, the real goals behind making this trip must be analysed.

Bahrain, as a member of the Persian Gulf Cooperation Council, has no independent foreign policy and has always been following Riyadh’s policies. Given the close ties between Riyadh and Tel Aviv, it is quite natural for Bahrain to tread the same path. Of course, in recent decades, Bahrain has had secret ties with the Zionist regime. The history of the Al Khalifa and Israeli regime ties goes back to 1994, when an Israeli delegation visited Bahrain for the first time.

Khalid bin Ahmed Al Khalifa, the Bahraini Minister of Foreign Affairs, called for the establishment of an association in the Middle East comprising of Arab states and the Israeli regime.

The Crown Prince of Bahrain called on Arab leaders in 2009 to address Arab citizens through the Israeli media in order to facilitate the so-called compromise efforts in the Middle East. Even in an article in the Washington Post, he blamed the Arabs for not trying to communicate with Israel.

Taking the history of the ties between Manama and Tel Aviv into consideration, the visit of the Bahraini delegation to Israel is not so unexpected. However, the important point about this trip is its timing. The visit was made only three days after the announcement of Jerusalem al-Quds as the capital of the Zionist regime by Trump. So what are the goals behind this trip?

Perhaps the first goal of this trip, in the current situation, would be to normalize relations between the Arab states and the Israeli regime. As no Arab state, except Egypt and Jordan, who have signed a peace treaty with Israel, has officially deployed a delegation to the occupied territories so far. This can gradually decrease the sensitivities of the Muslim world.

Saudi Arabia and the Arab reactionaries have been seriously perusing the process of normalization of relations with Israel over the last few years, and Mohammed bin Salman is one of its staunch supporters. Bahrain is now somehow chosen as the first country to break this so-called taboo as Manama has a history of ties with Israel. Hamad bin Isa Al Khalifa, king of Bahrain, in his statements back in September expressed his interest in travelling of Bahraini citizens to the occupied Palestinian territories despite the lack of diplomatic ties with Israel and the opposition of the majority of the Arab states in the region. Moreover, the Zionist newspaper Jerusalem Post said Marc Schneier, the Rabbi of the Jewish Synagogue in Hampton, USA, is due to head the Jewish delegation to Bahrain in 2018. This is the first Jewish delegation to travel to an Arab country in the Persian Gulf. It is said that the visit will be made at the invitation of Hamad bin Isa Al Khalifa, King of Bahrain.

The other goal of Bahraini delegation’s visit to Tel Aviv, however, is tied to Trump's decision on Jerusalem. In light of the unilateral policies that Trump adopted during his presidency over the last year, he did not succeed in having any Western allies regarding Quds case. Even Britain was opposed to this decision by Trump. Therefore, the Arab countries, whose security and survival essentially depends on Washington's policies, should be chosen as the forerunners of legitimizing this decision. From this perspective, the Bahraini delegation's visit to Tel Aviv could be interpreted as an attempt to legitimise the recognition of Jerusalem al-Quds as the capital of Israeli regime.

Finally, the Bahraini delegation’s trip to Tel Aviv shows that the process of the Arab world’s normalization of ties with the Zionist regime has entered an operational phase, and on the other hand, it was an attempt to reduce the costs of Trump’s defeat in declaring Jerusalem al-Quds as the capital of the Israeli regime.