TEHRAN (Basirat) :The new Saudi’s rulers perspectives and approach regarding regional issues on one hand and their constant attempts to marginalize Iran on the other has led to a great deal of instability in west of Asia. To pursue this approach, first of all the Saudis declared their ultimate support of terrorist groups in Syria .Next, they began to invade Yemen along with surrounding Qatar. Another action of theirs was to curtail Hamas movement in Lebanon. Recently they are all trying to settle Palestine's crisis in favor of Zionist regime. 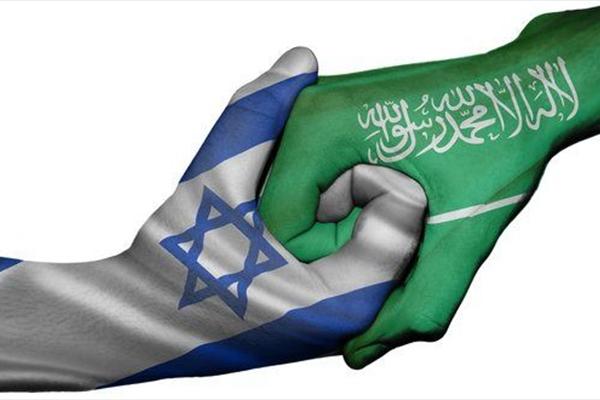 In early December of 2017, there was some news revealing the Saudi crown prince Bin Salman compromised on a deal with Mahmoud Abbas the president of the state of Palestine and the chairman of the Palestine liberation organization.

In this deal, the city of Abodis in the suburb of Quds should be opted as Palestine's capital and so should Quds for the Zionist regime. Only a few days after this news was released, Trump announced he would recognize Quds as the Zionist regime's capital. Accordingly, Ismail Haniyeh, the chairman of the Hamas political bureau claimed that Trump's recent decision is a part of a plot whose aim is to put an end to Palestinian targets and desires. He indirectly pointed to Saudi’s policies as to say” unfortunately some political elites along with other open minded individuals aim to facilitate the relations with our everlasting enemy the Zionist regime by stating regional peace subject.”

New York Times regarding Saudi’s plan also wrote: Bin Salman has proposed a plan in which it clearly supports Zionist regime and no Palestinian leaders can admit it.

In Bin Salman's plan the Palestine has the minimum domination over its territory .Plus, Zionist regime's towns located in West Bank are dominated by the regime and Eastern Quds no longer belongs to Palestine. Surprisingly in his plan there are no indications of the Palestinian homeless returning to Eastern Quds.Thus, some amount of money considered as compensation will be paid to Palestinian National Authority.Furthermore,Zionist regime's towns in West Bank will be remained there and some parts of Sina's region will be added to Gaza strip.

Along with Palestine issue, other Saudi's main target is to focus on Lebonan.This country is deemed as part of resistance front so Saudi rulers are trying hard to aggravate its political crisis so as to reach their goals. Their first goal is to undermine and weaken Islamic resistance of Lebanon and the second one is to expand their influence in this country. Their goal got more crystal clear when Hariri had to resign and right away after his come back to Lebanon he retracted his resignation. New York Times regarding Saudi’s implementing more pressure conducted a research. It also made a disclosure of Saudi’s long term plan in Lebanon whose aim is to destabilize Palestinian refugees camps placed in Lebonan.Based on reports by Lebonanees officials along with western diplomats, Saudi state was about to form militia groups against Hezbollah in places such as Palestinian refugee camps when Hariri had a few weeks reluctant stay in Riyadh.

In conclusion,saudi's policy and strategy to counter Islamic resistance of Lebanon along with Hariri’s withdrawal of power all indicate that Saudi rulers had the idea of unarming Hezbollah and eliminating this organization from the Lebanese state.Plus,their policy is to be in line with Zionist regime.zionist regime also declared its support of Saudi’s activities in the region against Iran and Hezbollah .Foreign ministry of this regime urged all its embassies in different countries across the world to support Saudi Arabia's policy against Iran and Hezbollah.