"US Sees Own Interests as Benchmark for Good, Evil"

TEHRAN (Basirat) :A political analyst has blasted the US’ double-standard policies towards Iran, saying the White House regards its own interests as a barometer of good and evil.

Political commentator Yadollah Javani has, in an article published on the Persian-language Basirat news website, weighed in on Washington's double standards vis-à-vis Iran and Iranian people. The full text of the analytical piece follows.
Over the past few days, some US, Zionist, European and Saudi officials tried, in one way or another, to create the impression that they have stood by Iranian people and supported their demands. Accordingly, Western, Zionist and some Arab media outlets claimed they were supporters of Iranians and their demands. Amid such claims of support, a question comes to mind, and that is who they think Iranian people are?
The question becomes all the more important when one ponders on US President Donald Trump's calling Iranians a "terrorist nation!" Also, a US secretary of state said years ago that the root of the Iranian nation must be burned! The answer to the above-mentioned question contains a delicate point. The Americans define key concepts in the language of politics with their own criteria, concepts such as human rights, freedom, independence, peace, justice, security, terrorism and people. Therefore, when US statesmen introduce themselves as advocates of peace, stability, human rights, security and people, one should pay attention to the way they define the concepts.
In this regard, we can categorize every one of these fundamental concepts in the language of politics into "good" and "bad" based on the definitions given by the Americans. For instance, in the eyes of Washington, there is both good terrorism and bad terrorism.
From the Americans' standpoint, people in every country are categorized into good and bad. When Trump calls Iranians terrorists, he refers the group of people who are "bad" in the eyes of the US. "Good" people in Iran, according to Washington, are those who are ready to serve as mercenaries for the US and stand up to the Islamic Republic of Iran's establishment and the values of the Islamic Revolution.
"Bad" people, from the Americans' point of view, are those who insist on their Islamic, revolutionary and national identity, and stand up to the United States and its excessive demands in order to safeguard their independence and dignity. 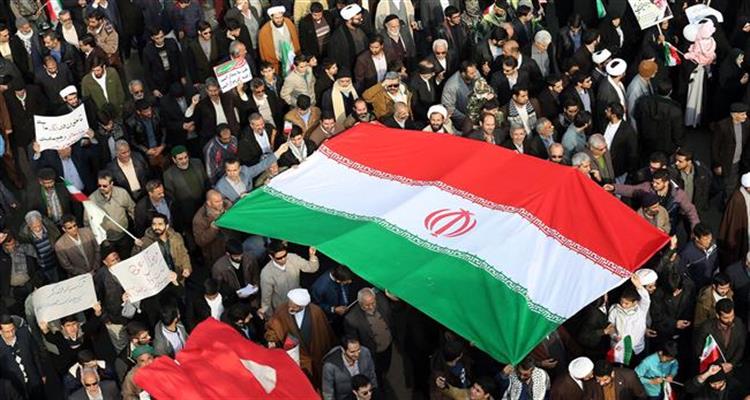 So, in Iran, the US seeks to back and reinforce those who, due to whatever reason and with whatever motive, set the stage for the US to regain its domination over Iran. They are the ones who are standing against the Islamic Republic of Iran.
With such a criterion, if a few hundred people in a city with a population of a few hundred thousand stage riots and vandalize public property and chant iconoclastic slogans, those few hundred are Iranian people in the eyes of the Americans and should be supported. The US says it should lend its unflinching support to such people through the UN Security Council and the imposition of sanctions on Iran over human rights issues. But if in the same city, hundreds of thousands of people take to the streets following the riots to express their support for the Islamic Republic of Iran's establishment and the values of the Islamic Revolution, they are not people; rather, they are supporters of the Islamic Republic! In other words, they are the very same "bad" people who must be called terrorists and whose roots must be burned.
Such behaviour by the Americans has its roots in their arrogant attitude. Arrogant Americans are, in fact, those who regard their interests as a yardstick against which to measure all good and evil, and who act accordingly. So, if a nation such as oppressed Yemenis stands against the US, that nation must be eliminated. But, on the other hand, if a tyrannical regime such as the Al Saud rulers serves the interests of the US, it must be given all-out support.