“Iran Supports Any State Willing to Fight against Israel” 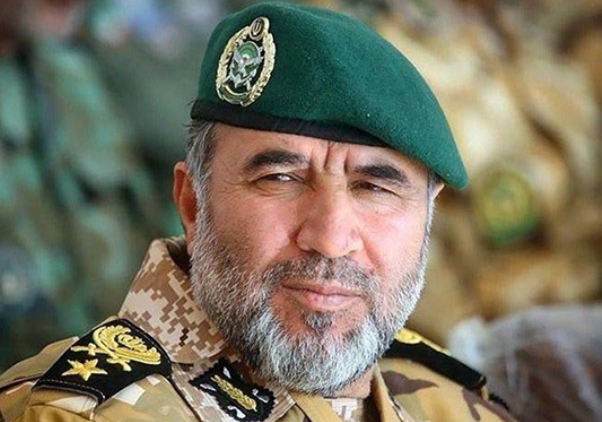 General Heidari said Iran supports regional states which have stood up against the terrorist groups and crises created by the US and its allies in the region.

Speaking in a Farsi interview with the Tasnim News Agency, the general dismissed the US policies in the regional as destructive and added Washington is seeking to divert attentions from its failures in the region by blaming Iran for its support for resistance groups.

"Such statements are made by the US officials to appease their own constituents. Meanwhile, the US animosity with Iran is no secret any more. Since the victory of the Islamic Revolution in 1979, the US has been threatening Iran and encouraging certain regional states to wage a war against us,” he said.

He said Iranophobia projects pursued by the US and its allies in the region have had no effect on the will of Iranians so far.

"Today, all freedom-seeking states of the world have come to realize the true face of the US and its enmity with us,” he concluded.

The remarks came after the US Treasury broadened sanctions on Friday targeting Lebanese Hezbollah’s financial network in the Middle East and Africa in a bid to crack down on revenue streams the US claims the resistance movement uses to fund its "illicit operations”.

"The administration is determined to expose and disrupt Hezbollah’s networks, including those across the Middle East and West Africa, used to fund their illicit operations,” Treasury Secretary Steven Mnuchin said in announcing the penalties under financial regulations targeting Hezbollah, Reuters reported.

Senior Trump administration officials claim that the sanctions were part of an aggressive move against Hezbollah to try to limit what they called as Iran’s growing influence in the region.