HOME >>  HOME >> تیتر یک
News ID: 3300
Iran's Leader in a meeting with the organizers of the congress on martyrs:

TEHRAN (Basirat):Leader of the Islamic Revolution Ayatollah Seyyed Ali Khamenei's remarks in a meeting with the organizers of the Congress for the 14,000 Martyrs of Iranian Workers’ Community, which had been held on January 21, 2018, was released at the venue of this conference on February 26. 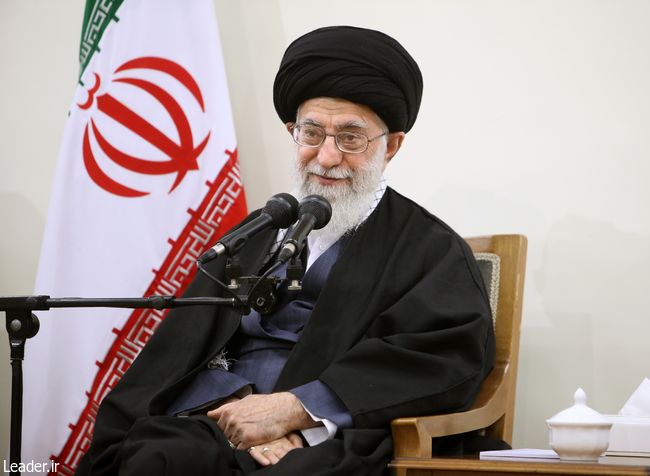 In the meeting, Ayatollah Khamenei said the commemoration of martyrs across the country is a sign of divine favor and resolve for Iran to continue to enjoy the protection and care afforded by martyrs and added, "Honoring the martyrs of some strata such as martyred workers is doubly valuable because in all of the incidents of the era of the Revolution, countering [anti-Islamic Republic] groups and the Sacred Defense [against Iraqi aggression in the 1980s], the workers were on the scene with insight and zeal.”
He pointed to the failure of forces hostile to the Revolution in provoking workers against the Islamic Republic, adding, "One of the main efforts of the enemies was to provoke and force the workers into causing stagnation in factories; however, the enemies stood up with insight, diligence and piety and snubbed the hand of the enemy.”
Leader of the Islamic Revolution cited the prominent presence of laborers in the Sacred Defense as another arena of their religious zeal and devotion and reiterated, "Whenever the honorable Imam (late founder of the Islamic Republic Imam Khomeini) sent out a summons, many young and faithful workers whose livelihood was dependent on their daily income went to battlefronts as Basijis (volunteer forces) and logically and rationally said, ‘We must go and defend the country and Islamic borders because if the enemy takes over, we will have neither bread nor anything else."
He also urged the organizers of the congress of martyrs to carry out effective measures and avoid ceremonial deeds