TEHRAN(Basirat): Tehran has chided British leaders over their anti-Iran remarks during the Saudi crown prince's first official foreign visit, calling on them to stop trading global peace and security for economic interests. 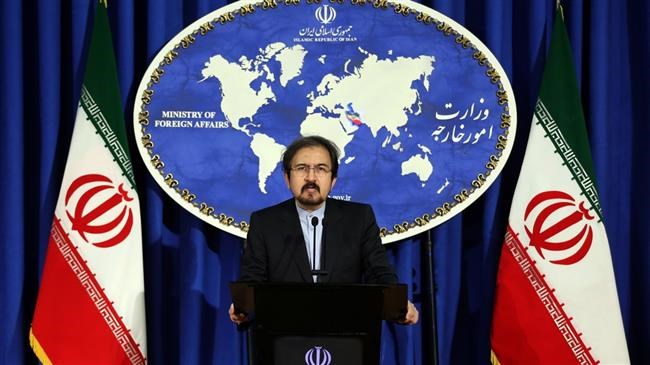 Foreign Ministry spokesman Bahram Qassemi on Thursday condemned the "irresponsible unison" of the British and Saudi officials in accusing Iran of destabilizing the region as Mohammed bin Salman visited London.

"It is an interesting joke that British authorities, in their meeting with the officials of a country such as Saudi Arabia which is an aggressor against Yemen and the cause of a humanitarian tragedy and war crimes in the country and the main source, promoter and sponsor of extremism, terrorism and conflagration in the Middle East and the world, are making such statements against Iran," he said.

"Britain and other countries must, in a responsible move, pressure Riyadh into stopping bloodshed in Yemen and exporting terrorist ideologies and not trade their economic interests with global peace and security," Qassemi added.

Bin Salman arrived in the UK on Wednesday for a three-day trip, where the Downing Street spokesperson said the two sides had agreed to counter Iran's "destabilizing" role in the region after a meeting between the Saudi crown prince and British Prime Minister Theresa.

They "discussed Iran, agreeing on the importance of working together to counter Iran's destabilizing regional activity," according to the spokesperson.

Bin Salman and May also agreed on a target of 65 billion pounds ($90 billion) of mutual trade and investment in the coming years, hailing it "a significant boost for UK prosperity ... as we prepare to leave the European Union."

People gathered outside May’s office to protest Britain's role in the war on Yemen, which has left more than 13,600 people dead and destroyed the impoverished nation's infrastructure, plunging it to one of the worst humanitarian crises.

"The political and arms support of the UK and some other countries such as the US for Saudi Arabia is a threat to security, peace and stability of the whole region," Qassemi said.

"Britain's unison with Riyadh makes the country's responsibility in the formation, escalation and continuation of crises in the West Asian region heavier and the achievement of peace and cooperation among the regional states more difficult, prolonged and costly," he said.

Saudi Arabia and its allies launched the war on Yemen in March 2015. The US and the UK are a partner in the invasion and a key supplier of weapons and military equipment to Riyadh.