Saudi crown prince refuses to speak about his wealth

TEHRAN (Basirat): Saudi Arabia's Crown Prince Mohammed bin Salman has refused to reveal his wealth, saying it is a private matter amid reports of his opulent lifestyle at a time the oil-rich kingdom is introducing austerity measures. 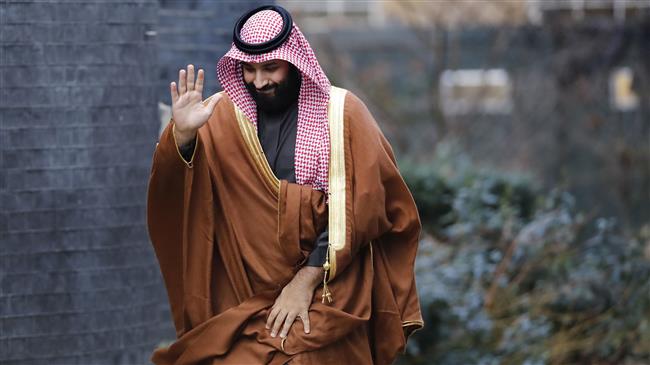 During his first interview with an American television network that followed reports of being an owner of the world’s most expensive home, bin Salman insisted that "my personal life is something I'd like to keep to myself”.

"As far as my private expenses, I'm a rich person and not a poor person. I'm not Gandhi or Mandela,” he said in an interview with CBS aired on Sunday.

The New York Times reported that the crown prince, known by his initials as MbS recently purchased a half-billion dollars yacht, along with a French chateau. That came while he oversaw a corruption crackdown.

On November 4, dozens of Saudi princes, ministers, and former ministers were detained on the orders of Saudi Arabia’s so-called Anti-Corruption Committee headed by the crown prince. Former spy chief Prince Bandar bin Sultan as well as billionaire prince and the king’s nephew Waleed bin Talal are among the notable businessmen and royals incarcerated.

Bin Salman defended as "necessary” the campaign that was seen as a purge against dissent before the crown prince’s rise to power.

"What we did in Saudi Arabia was extremely necessary. All actions taken were in accordance with existing and published laws,” he said.

He noted that he got back more than "$100 billion” from the detainees.

Bin Salman’s interview comes as he embarks on an American tour where he will meet US President Donald Trump on Tuesday.

Answering a question about reports of the arrest of dozens of critics of his government last year and about human rights abuses in his country, he said, "Saudi standards are not the same as American standards.”

"I don't want to say that we don't have shortcomings. We certainly do. But naturally, we are working to mend these shortcomings.”

Bin Salman to rule till last moment of his life

He also stressed that the only thing that can stop him from ruling the kingdom for the next 50 years is death. "Only death,” Mohammed bin Salman stressed.

He also blamed the Houthi Ansarullah movement fighting the Saudi aggression for the humanitarian catastrophe in Yemen despite UN reports that Saudi airstrikes and siege of the impoverished country had caused the death of thousands of Yemeni civilians.

"I hope that this militia ceases using the humanitarian situation to their advantage in order to draw sympathy from the international community,” he said, claiming that "they block humanitarian aid in order to create famine and a humanitarian crisis”.

Saudi Arabia and its allies launched the war in a bid to crush the Houthis and reinstate the former Riyadh-friendly regime, but the kingdom has achieved neither of its goals. The war has killed at least 13,600 people since March 2015.

The protracted Saudi war, which has been accompanied by a land, naval, and aerial blockade, has left over 17 million Yemenis in need of food and caused a cholera epidemic.

Yemenis check the damage in the aftermath of a Saudi airstrike in the Yemeni capital Sana'a on March 8, 2018. (Photo by AFP)

The crown prince further said the Houthi fighters used the country to fire missiles at Riyadh. "I can't imagine that the United States will accept one day to have a militia in Mexico launching missiles on Washington D.C., New York and LA while Americans are watching these missiles and doing nothing.”

"Iran not a rival"

During his interview, the young crown prince referred to Iran as "not a rival to Saudi Arabia”.

"Its army is not among the top five armies in the Muslim world. The Saudi economy is larger than the Iranian economy. Iran is far from being equal to Saudi Arabia,” he said.