US military veteran who fought in Afghanistan deported to Mexico

TEHRAN(Basirat): A US military veteran who fought in the war against Afghanistan and had been in the US since age 8 has been deported to Mexico because of a 2008 drug-trafficking conviction. 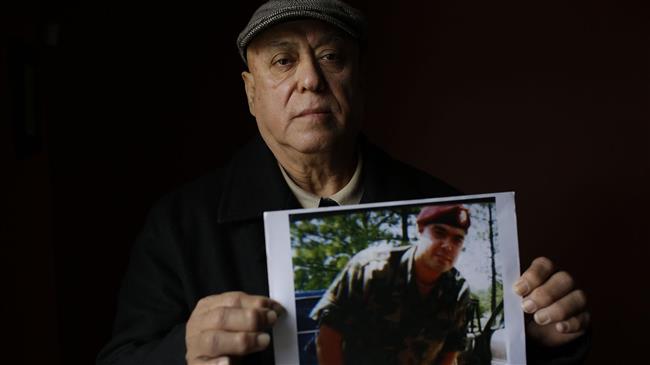 Miguel Perez, 39, who had a green card, was deported Friday, US Immigration and Customs Enforcement (ICE) officials confirmed Monday.

Perez was flown from Gary, Indiana, to Brownsville, Texas, where officers escorted him across the border and turned him over to Mexican authorities, ICE officials said.

Perez was born in Mexico and came legally to the United States at age 8 with his family. His family settled in Chicago because of a job offer his father received.

"I'm not leaving. They're taking me," Perez told US media on Thursday from a detention center.

"I will continue to struggle, not only for myself, but for other veterans and others who have been separated from their families by the US's unjust immigration laws. It is my duty to continue this fight for equity," he said.

"I am a witness to the way veterans are treated, disrespected and thrown away after they sacrificed for the nation," he said.

"My son fought in a war (in) for the people who are now throwing him out like garbage," said his mother, Esperanza Montes Perez.

Perez handed a laptop case containing 4.4 pounds (1.9 kg) of cocaine to an undercover federal drug agent in 2008, authorities said. He pleaded guilty to the drug charge and immigration officers took him into custody after he served half of a 15-year prison sentence.

ICE has said that it is very deliberate in reviewing cases that involve US military veterans and that any action to remove a veteran must have the authorization of senior leadership and an evaluation by chief counsel.

Perez has said that what he saw and experienced in Afghanistan led to drug and alcohol addiction and made a bad decision to interact with an old friend, one who was being followed by federal drug agents.

US deportation officers are arresting more people with no criminal records, according to figures released Friday.

US President Donald Trump made tough immigration policies a key part of his 2016 presidential election campaign.

Shortly after taking office, the Trump administration expanded the categories of illegal immigrants the government targets for deportation, a change from the administration of former President Barack Obama, which focused on those convicted of serious crimes.