TEHRAN (Basirat): Iran’s Foreign Ministry Spokesman has blasted the final statement of the Arab League summit, rejecting the allegations made against the Islamic Republic in some parts of it. 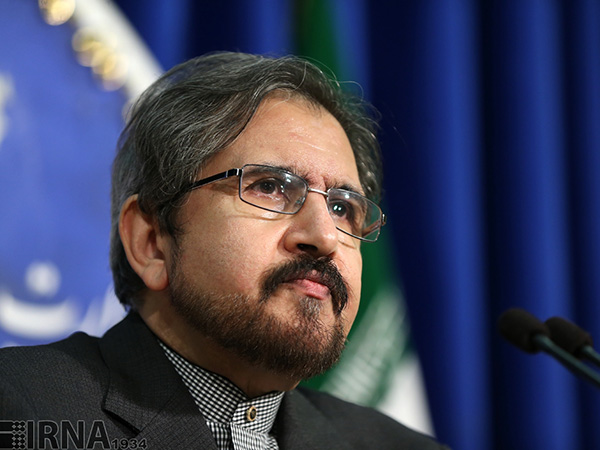 In a statement on Sunday, Bahram Qassemi reiterated Iran’s principled policy of non-interference in the internal affairs of other countries.
Qassemi also expressed deep regret over some parts of the final statement of the Arab League summit which was held in Dhahran, Saudi Arabia.
"As in previous statements, once again baseless allegations and false claims have been made against the Islamic Republic of Iran,” Qassemi said, stressing that the statement has ignored the facts on the ground and failed to identify the exact causes of regional crises.
There were high expectations that the meeting would take a positive step towards regional convergence in identifying the key factors of restoring stability and peace to the region, apart from adoption of repetitive double standards, Qassemi noted.
However, he added, the dark shadow of Saudis’ destructive policies is evident over the final statement of the summit.
He emphasised that the Greater and Lesser Tunbs, and Abu Musa islands belong to Iran reiterating that the efforts of some southern neighbours to create fake names for these islands is a baseless, useless and essentially false claim.
Qassemi strongly condemned such claims as outdated and ineffective, and called them an instance of interference in Iran’s internal affairs.
"It is a pity that some of the member states of the Arab League ignore the historical and geographical realities and disregard the sovereignty of their neighbours,” he said, adding that they do not follow a rational policy based on good neighbourliness.
Qassemi went on to say that by misrepresenting certain historical realities, they waste the capacities and potentialities of the Arab and Muslim countries to resolve the regional crises by making such allegations and futile efforts.
"Tehran’s principled policy has always been based on maintaining more convergence and mutual respect for the sovereignty of other countries, especially the neighbours, and the observance of good neighbourliness.”
In the same way, he added, Iran expects regional countries not to make false allegations, show mutual respect, and not interfere in each other’s affairs.
Moreover, Qassemi called on the Arab League member states to take necessary measures to build confidence and promote stability in the region. He also urged them to base their policies upon realism, interaction, contemplation, logic, dialogue, goodwill and far-sightedness.
The Arab League summit’s final communique called for more international sanctions on Iran and urged it to withdraw "its militias” from Syria and Yemen.
"The summit condemned Iranian interference in the internal affairs of Arab countries, either through igniting sectarian strife or planting militias in Arab countries such as Lebanon, Iraq and Yemen, and harboring al Qaeda terrorists,” Saudi Foreign Minister Adel Jubeir told a news conference.
Iran has repeatedly denied such accusations.