TEHRAN, (Basirat) – Ashraf Ghani, President of Afghanistan, has arrived in Tehran to ink a momentous trilateral MoU with Iran and India regarding Chabahar Port. 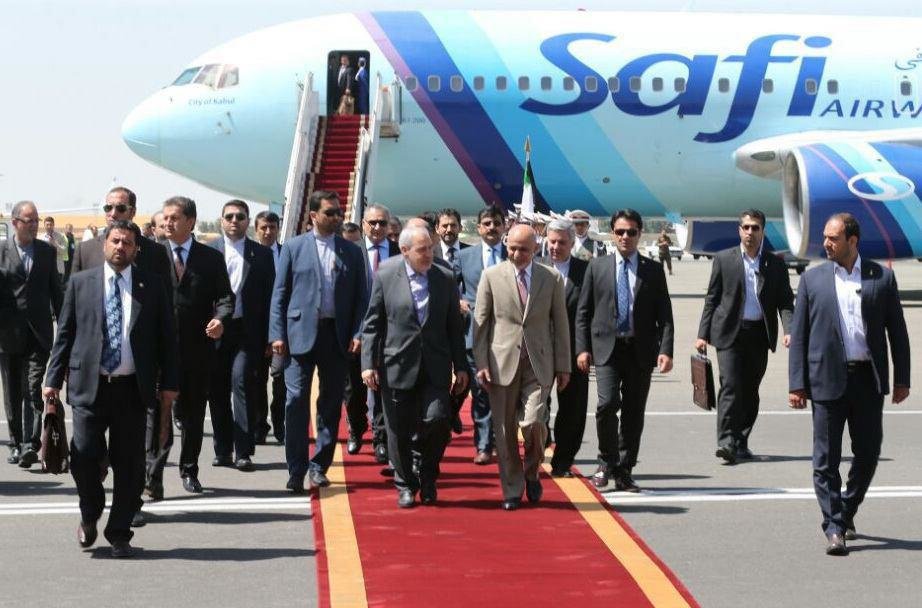 The trip marks Ashraf Ghani’s second visit to Iran over the past 20 months since he took the office,(MNA) reported.

The Afghan president’s first trip to Tehran was made on April 19, 2015 when the two countries emphasized increased cooperation in implementing bilateral as well as multilateral projects with regional countries particularly India, Tajikistan and Turkmenistan including the trilateral MoU regarding Iran's Chabahar Port.

Given its geopolitical position, Iran holds a key role in the transit sector as it can connect other countries to Central Asia, Caucasus, Russia and Europe.

Accordingly, the $85-million letter of understanding for India’s investment in Chabahar was signed between the Indian Minister of Road Transport and Highways Nitin Gadkari and Iran’s Abbas Akhundi, Minister of Road and Urban Development, during the Gadkari’s visit to Iran in May 2015.

During his recent visit to Tehran, Indian Minister of Petroleum and Natural Gas Dharmendra Pradhan announced that "New Delhi is willing to raise investment in the port city of Chabahar."

Meanwhile, Deputy Head of the Afghanistan Chamber of Commerce and Industry Khan Jan Alokozay said earlier "Afghanistan and India give great significance to Chabahar as it has magnificent impacts on their economic progress in addition to the vital role that can play in solving the two nations political problems."

Afghan high-ranking officials headed by Abdullah Abdullah visited Chabahar and encouraged Afghan merchants to use this port for export and import purposes.

Based on an MoU signed between Kabul and Tehran, Iran has allocated 54 hectares of land to Afghan merchants for transiting their products.

Chabahar is situated on the Makran Coast of the Sistan and Baluchestan province of Iran and is officially designated as a Free Trade and Industrial Zone by Iran's government. Due to its free trade zone status, the city has increased in significance in international trade.
Error Report
0