Saudi Arabia to be bankrupt by 2020:IMF

TEHRAN (Basirat) :Saudi Arabia may run out of financial assets within the next five years if the government maintains its current policies, warns the International Monetary Fund. 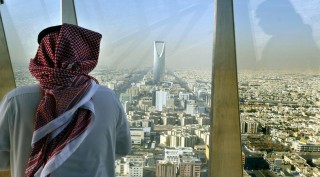 Saudi Arabia is expected to run a budget deficit of 21.6 percent in 2015 and 19.4 percent in 2016, according the IMF’s latest regional economic outlook.
The IMF outlined two key factors shaping the region’s outlook. They are spreading and deepening regional conflicts and slumping oil prices.
The conflicts have given rise to large numbers of displaced people and refugees, on a scale not seen since the early 1990s, according to the report.
"Achieving fiscal sustainability over the medium-term will be especially challenging given the need to create jobs for the more than 10 million people anticipated to be looking for work by 2020 in the region’s oil exporting countries,” IMF Middle East and Central Asia Department Director Masood Ahmed told journalists after the report’s unveiling in Dubai.
According to the research, many experts suggest low oil prices will remain in place for the foreseeable future.
For the region’s oil exporters, the fall in prices has led to large fall in revenue, amounting to a staggering $360 billion this year alone.