TEHRAN(Basirat): Iran’s Foreign Ministry spokesman Bahram Qassemi has welcomed the positive developments and de-escalation of tension on the Korean peninsula. 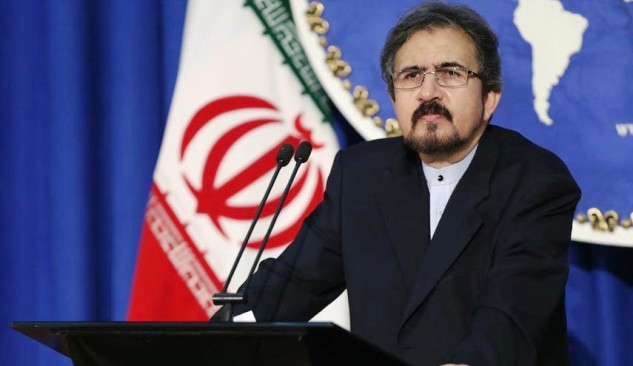 In a Saturday statement, Qassemi underlined that Tehran has always favored the easing of tensions in that region.

"The Islamic Republic of Iran has always wanted détente on the Korean peninsula, and welcomes efforts and actions by leaders of North Korea and South Korea to ensure détente and normalize relations between the two countries,” he noted.

"The Islamic Republic regards their latest meeting as a responsible and appropriate step which can contribute heavily to the establishment of lasting peace and security in the region and across the world,” the spokesman noted.

"Iran’s fundamental and permanent policy is to oppose the production, possession, maintenance and use of weapons of mass destruction, and [Iran] has supported any attempt that would lead to a world free from such arms,” the spokesman said.

"The Islamic Republic of Iran believes the new and historic chapter in détente on the Korean peninsula should remain open prudently, bilaterally and without the interference and provocation of trans-regional countries,” he noted.

Qassemi then touched upon the approach and policies adopted by the US President in recent years and Washington’s non-compliance with its international commitments.

"The Islamic Republic of Iran’s 40 years of experience, especially its recent experience on the JCPOA issue, show the US government is not a reliable player and is not bound by its international obligations, and, as a result, is not qualified to have a role in determining the equations and arrangements between countries.”

Qassemi said Washington has become even more unreliable in recent years during the Trump administration.

"So, we deeply believe that détente on the Korean peninsula should continue on the path that the leaders of the two Koreas have set foot in, without being linked to the United States’ possible interference and provocations,” the spokesman said.