A dead-end for Trump

TEHRAN (Basirat): Last August, the International Atomic Energy Agency (IAEA) confirmed for the eighth time that Iran has been committed to the 2015 Joint Comprehensive Plan of Action (JCPOA). 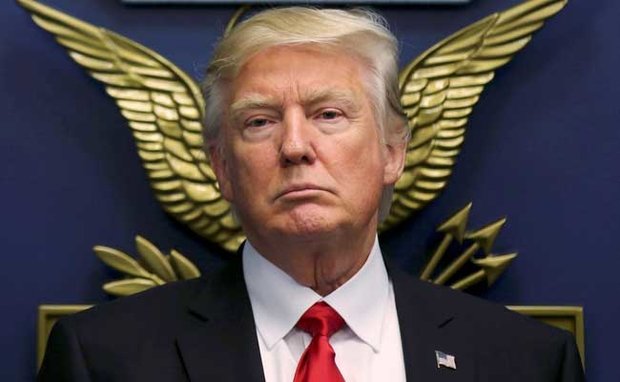 According to the agreement, which was negotiated among the United States, China, France, the United Kingdom, Russia, and Germany (P5+1) and Iran, we accepted significant constraints on our country's nuclear ability in exchange of lifting sanctions.
The fact is that many experts overwhelmingly support the JCPOA and have urged all sides to continue implementing it. But the deal isn't safe. Not by a long shot.
On Sept. 19, the US President raged against the nuclear deal at the United Nations General Assembly:
"… (Iran has) destabilizing activities while building dangerous missiles, and we cannot abide by an agreement if it provides cover for the eventual construction of a nuclear program. The Iran deal was one of the worst and most one-sided transactions the United States has ever entered into. Frankly, that deal is an embarrassment to the United States, and I don't think you've heard the last of it. Believe me."
Trump then announced that he's going to walk out of the nuclear deal by May 12. Trump has claimed that Iran didn't comply with the JCPOA, which is in full contradiction with what the IAEA stated. According to the American law, the president should confirm that suspension of sanctions in accordance with the deal remains vital to the national security interests of the United States. But Trump doesn't seem to have such an intention!
Some hawks, including former US Ambassador the United Nations John Bolton, has encouraged Trump to decertify Iranian compliance and abandon the JCPOA. For these hard-liners, that would pave the way for Congress and the administration to impose a "de facto global economic embargo" on Iran. This is in spite the fact that at a recent Senate hearing, Mike Pompeo has emphasized that he didn't find any evidences that Iran has violated the nuclear deal.
But Trump is undoubtedly interested in tearing down yet another pillar of former President Barack Obama's legacy.  As US Secretary of State Rex Tillerson told Fox News on the day of Trump's U.N. speech, "the president really wants to redo that deal."
Since the beginning of his presidency, Trump tried his best to stand against the nuclear accord. He also tried the strategy of "decertification and renegotiation" over the JCPOA. In this way, he could turn the nuclear deal into an accord which was completely to the benefits of the United States and of course, Israel. His approach, was self-contradictory anyway. Although he had to certify that Iran was complying with the JCPOA under INARA, he has made no secret of his frustration with this outcome.
During an interview with the Wall Street Journal in July, Trump said he'd be "very surprised" if Iran were found in compliance next time, noting, "If it was up to me, I would have had them noncompliant 180 days ago." Afterwards, US Ambassador to the U.N. Nikki Haley presented the case for decertification in a speech to the American Enterprise Institute on Sept. 5, 2017. Shortly after, Trump told reporters: "You'll see what I'm going to be doing very shortly … They've violated so many different elements and they've also violated the spirit of that deal."
By going forward with decertification of the nuclear deal, Trump's goal is to refashion the JCPOA to address its supposed "flaws", most notably by making permanent constraints on Iran's uranium enrichment capacity, elements of which loosen at the 10-year and 15-year marks of the deal. Under this scheme, the administration would also seek to expand the contours of the deal beyond the nuclear domain to place limits on Iran's conventional ballistic-missile arsenal.
But Iranian authorities would never accept and yield into the US-Israel tricks. If Washington doesn't comply with its obligations under the nuclear deal, it gives us an excuse to do the same. Iran could withdraw from the JCPOA and resume its previous activities and peaceful nuclear program.
In the meanwhile, European authorities tried to play a dual role regarding the JCPOA. In other words, The US breach of the nuclear deal and the dual approach of Europeans towards the JCPOA are considered the two main pieces of the same puzzle set by Washington and the European Troika. The United States and the EU are using a leverage called "the JCPOA" to lead regional negotiations with Iran, and press our country to address US regional demands.
In other words, the JCPOA, instead of remaining as an independent legal document, has become a political tool to exert pressure on Iran. Here, the diplomacy apparatus and foreign policy of our country should be very smart. Meanwhile, we should be extremely careful not to cross the red line of our foreign policy which is "preserving the regional authority of Iran" rather than "preserving the JCPOA." Obviously, no one can bargain on our strategic principles in the region and this should be exactly understood as a definite proposition by the opposite side (Washington and the European Troika).
European leaders have suggested that they are open to considering "supplemental" arrangements to address issues not covered by the nuclear accord, that is, changing the JCPOA. As noted, Iran isn't going to accept this "plan". Iran will never re-negotiate over the JCPOA. For us, change of the nuclear deal means nothing other than its breach. Beside Iran, China and Russia had also confirmed that the outcome of Europeans and American negotiations on the nuclear deal isn't considered legal and authentic. Consequently, a US threat to exit or dismantle the deal will leave the Trump administration, not Tehran, diplomatically isolated.