TEHRAN(Basirat): The United Nations rights office has voiced concern about the situation of the women’s rights activists and their fellow campaigners, who are being held in Saudi Arabia. 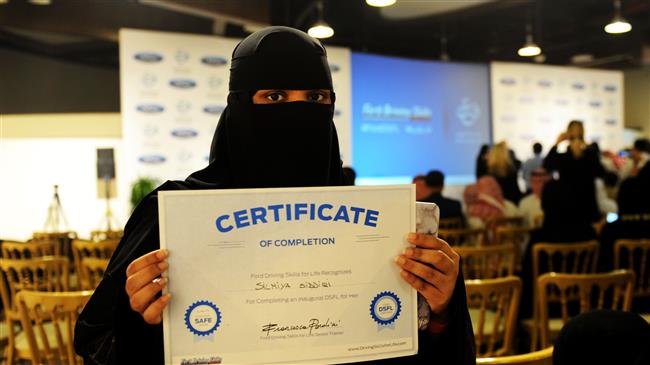 On Tuesday, UN human rights spokeswoman Liz Throssell told a Geneva briefing that Saudi authorities had to provide information about the detainees and ensure fulfillment of their legal rights.

"These include the right to legal representation, the right to know the reason for their arrests, the nature of the charges against them, the right to have access to their families and the right to be brought before a competent, independent and impartial tribunal within a reasonable period of time,” she said.

Human rights groups said Friday that Riyadh had escalated its crackdown on the female activists, bringing to 11 the number of the detainees, who Riyadh labels as "traitors.”

Human Rights Watch and Amnesty International say the sweep has widened in recent days with the number of those arrested now more than double from five days earlier.

Human Rights Watch and Amnesty International said the sweep had widened over the previous days with the number of those arrested now more than double from five days earlier.

Over the weekend, pro-regime news outlets published the names and photographs of those detained in what rights groups dubbed a "smear campaign.”

They may face charges for "suspicious contact with foreign parties” and undermining "stability,” according to the Presidency for State Security, an office which reports to the king.

She had long advocated for ending the ban on women drivers and was detained in 2014 for more than 70 days for trying to post an online video of herself driving.

Later, however, it was reported that the kingdom had released a number of them.

Throssel also said Saudi authorities had to provide information about Saudi prince, Nawaf Talal Rasheed, reported to be missing since being deported from Kuwait on May 12 and to make clear if he was arrested and on what grounds.

The kingdom went on an arrest spree of royals, businessmen, and other high-profile figures, conditioning their releases on exorbitant ransoms.

All have been released so far, but reports say they are being held under close surveillance with electronic locators attached to some.