TEHRAN (Basirat): June, 06 Lebanese Parliament Speaker Nabih Berri underlined that Iranian military advisers and Russian forces are in Syria at the request of the Damascus government. 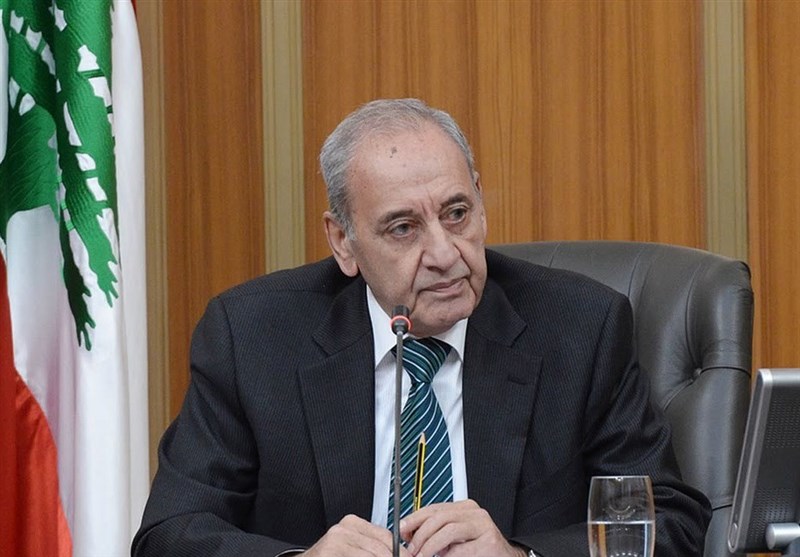 Iranian military advisers are present in Syria at the request of the Syrian leadership, just like the Russian Aerospace Forces, Berri said in an interview with Sputnik.
He added that the United States, which has demanded the withdrawal of Hezbollah and Iran, had deployed their troops in the country without the permission of the Syrian government.
The Lebanese Shiite Hezbollah movement and Iran will not leave Syria until the country is fully liberated from terrorists and restores its territorial integrity, Berri stressed.
"(These forces will not be withdrawn) until Syria is liberated and regains its territorial integrity," Berri said.
Elsewhere, he said if the Hezbollah movement had not been present in Syria, Daesh (ISIL or ISIS) militants would have reached Lebanon.
"As for Hezbollah, it is in its own country, because if it had not been for Hezbollah there (in Syria), Daesh would have been here (in Lebanon)."
The parliament speaker noted that Lebanon and Syria were "like twins," as nearly 1.5 million Syrians reside in Lebanon.
"We do not consider them outsiders… Everything that happens in Syria affects Lebanon," Berri stressed.
He also said that the Syrian crisis cannot be settled without negotiations between Russia, the United States, Turkey, Iran, Saudi Arabia, Egypt and one of EU states, Berri said.
"I believe that without negotiations between Russia, the United States, Turkey, Iran, Saudi Arabia, Egypt and at least one European country, whether it is France or any other (country), it is impossible to resolve the Syrian crisis… Political solution cannot be reached without agreement between these parties," Berri said.
"Lebanon does not play any role in this topic. It, of course, can benefit from the settlement in Syria, but it cannot impose this decision," Berri said, when asked whether France had requested Lebanon's help in organizing regional talks on Syria.
France and the United States have not asked Lebanon to assist in establishing contact with Syrian President Bashar al-Assad, the parliament speaker added.
In late May, French President Emmanuel Macron said that dialogue with Damascus, as well as with opposition and all the regional powers, which were interested in stability, was necessary to achieve political settlement in Syria.
Asked whether the reimposition of US sanctions against Iran could affect Beirut's strong cooperation with Tehran, Berri said, "We have excellent relations with Tehran, there has not been anything new (in the light of the US sanctions)."
Source: Tasnim