What does Saudi Arabia want from Lebanon? 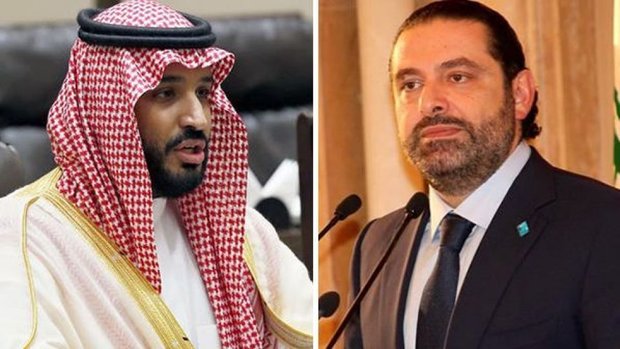 The trip was set for earlier time, but was postponed for unspecified reasons. Riyadh's Saudi charge d’affair Wahid al-Bukhari was in Lebanon the other day, but it remains unclear whether his trip has anything to do with Hariri's.
Al-Akhbar also wrote that Hariri is scheduled to form the upcoming cabinet of Lebanon, and it is not clear whether his trip to Riyadh would make the task any more difficult or easier. The newspaper also reported that Hariri's meeting with the Saudi Royal Court has been finalized, and it remains unknown whether the trip would involve Hariri's meeting with senior Riyadh officials like bin Salman.
What is puzzling here is the timing of Sa'd al-Hariri’s traveling to Saudi Arabia. Considering Hariri's mission to form Lebanon's future cabinet, it is feared that Riyadh again plans to intervene in Lebanon's internal affairs and issue instructions on how Hariri's cabinet should be lined up. The public still remembers Saudis' malicious efforts that threw Michel Aoun out of Lebanon's presidential nomination and replaced Samir Farid Geagea, from the March 14 Alliance for the position.
Obviously, these interventions will continue until the formation of the Lebanese cabinet and the next presidential election which they hope to secure a place for Saad al-Hariri and the March 14 Alliance.
Lebanon's Foreign Minister Gibran Bassil had also referred to the involvement of Saudi ambassador Waleed Al-Yaqub on Lebanon's parliamentary elections and warned those in diplomatic career to know their limits and avoid interfering in Lebanon's internal affairs. In addition, the Al-Akhbar newspaper in a report also quoted Arab diplomats confirming Saudi Arabia’s effort to influence Lebanon's elections with the goal of integrating the March 14 Alliance.
The newspaper also reported the imminent travel of a top Saudi delegation to Lebanon. They are scheduled to hold meeting with Prime Minister Saad Al-Hariri, in order to prioritize his March 14 Alliance as well as a meeting with senior party Lebanese Forces, led by Samir Farid Geagea.
Another point here is the issue of the guaranteed victory of Lebanese Hezbollah and resistance in the latest parliamentary elections in the country, a problem that has deeply worried Saudis. Therefore, they are in such a situation seeking the most exploitation of their influence in Lebanon, including al-Hariri, to hit the resistance and overshadow its decisive victory. Hariri's impending journey to Riyadh is also around that topic.
The Saudis know well that the victory of Lebanon's Hezbollah and resistance group in the parliamentary elections is just one important and strategic message that the Lebanese people who are not affected by the participation of Hezbollah's military forces in trans-boundary wars, especially in Syria. They support Hezbollah and its military presence beyond the borders of Lebanon.
Saudi officials also know that Lebanese acceptance of Hezbollah means accepting Hezbollah's policy in confronting the Zionist regime. These are the same messages that Riyadh officials have received from the results of the Lebanese elections. Therefore, al-Hariri is the element that has always proved his dedication to the Saudis and is considered the best Lebanese figure Riyadh can count on.
Saudi Arabia and its allies have also recently banned Lebanese Hezbollah. This happened after the United States imposed economic sanctions on a number of Hezbollah senior officials. In fact, calling Saad al-Hariri to Riyadh at this time and on the eve of the formation of the cabinet is a piece of the same puzzle that confronts Lebanese Hezbollah and is part of the Hezbollah sanctions project.
One of the main goals of announcing the sanctions list against Hezbollah by the Saudis, a short while prior to the victory of the resistance in the Lebanese parliamentary elections, was the deviation of public opinion from this great victory. The Saudis tried to convey the message to the Lebanese people that the continuation of support for Hezbollah was not a good option, and did not result in the isolation of Lebanon from the Arab and international community, while distracting the public from the great achievement of the resistance.
Another purpose of Riyadh to engage in hostile sanctions against Hezbollah is to influence the process of forming a future government in Lebanon, which is due soon. What the Saudis want from the Lebanese future government is to respect the interests of Riyadh.
The Saudis have warned Hezbollah with imposed sanctions that it should also focus on the benefits of building a new government. The warning is that the election results clearly indicate that Hezbollah can establish a cabinet in line with its own approaches, especially in foreign policy, due to its decisive victory during the parliamentary elections. According to the above, it is by no means possible to consider two issues of "sanctions on Hezbollah" and "calling Hariri to Riyadh" by the Saudis as separate and unrelated issues.
In any case, as it seems, Saad al-Hariri has neither learned from the failure of the Lebanese parliamentary election, nor from the bitter experience of arrest in Saudi Arabia, an incident confirmed by the French President Emanuel Macron. In an interview with the BFM network, Macron pointed to this fact. However, Saad al-Hariri continues to be influenced by the indoctrination of the House of Saud who has no mercy on him or his political activities in Lebanon.
Undoubtedly, with the victory of Lebanon's Hezbollah and Lebanese parliamentary election resistance, the political equation in the country has changed completely, and the Saudis can no longer dictate their demands on their subordinate element, Saad al-Hariri, and change the political developments in Lebanon in their favor. Therefore, the conditions prevailing today in Lebanon are very different from what we witnessed before the parliamentary elections, and this is something that has been neglected by the Saudi authorities.