TEHRAN(Basirat): Iran’s national volleyball team coach Igor Kolakovic slammed US security forces for mistreating the team’s players upon their arrival at a US airport, saying that officers from the Federal Bureau of Investigation (FBI) asked the Iranian volleyball players “stupid questions”. 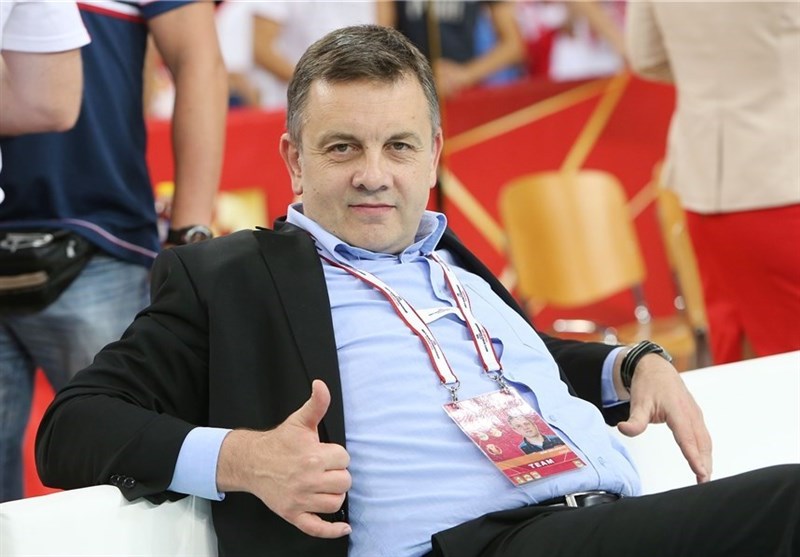 "In the USA, the FBI ... asked some players one by one some stupid questions,” Kolakovic told the Tasnim News Agency.
"Do they know some person from some photos?... And police keep us in the airport in one small place for almost three hours and at the same time Poland passed close to us with smiles, without any procedure...”
"We are a national team in one sport... For us it mustn't be a problem,” the coach said.
He further deplored the planning for the FIVB Volleyball Men's Nations League (VNL) and said, "This stupid kind of competition... How is it possible that Iran has changed every week continent but France, Bulgaria, Serbia, Russia, USA, Poland and the others just traveled in one or two continents...?”
"Also, how is it possible that young sportsmen can't get a visa for USA or EU... What is this... It is not sport,” Kolakovic added.
"I am so angry because a lot of players are injured, not only from Iran... But for us, now, it is a big problem. We have to think about Word championship... For example for today match against USA we can't count on a lot of players for different reasons... For example, Mousavi, Javad, Touhte, Kazemi, Sarifi, Salafzoon, Gafour, Gayemi... It is so much,” Kolakovic concluded.
The remarks came as Iran’s national volleyball team lost its match against the United States in the fourth week of VNL on Monday.
Later this week, Iran will host South Korea, Bulgaria, and Germany in Tehran in the final week of VNL.
Iran has no chance to advance to the next round of the competitions and will only play the next three matches for pride.