Iranian, Russian, Turkish Officials in Geneva for New Round of Syria Peace Talks

TEHRAN(Basirat): The UN envoy for Syria will meet on Monday with representatives from Iran, Russia and Turkey in Geneva to work towards a new constitution for The talks in the Swiss city are aimed at setting up a constitution-drafting commission and organizing elections in an attempt to end seven years of civil war. 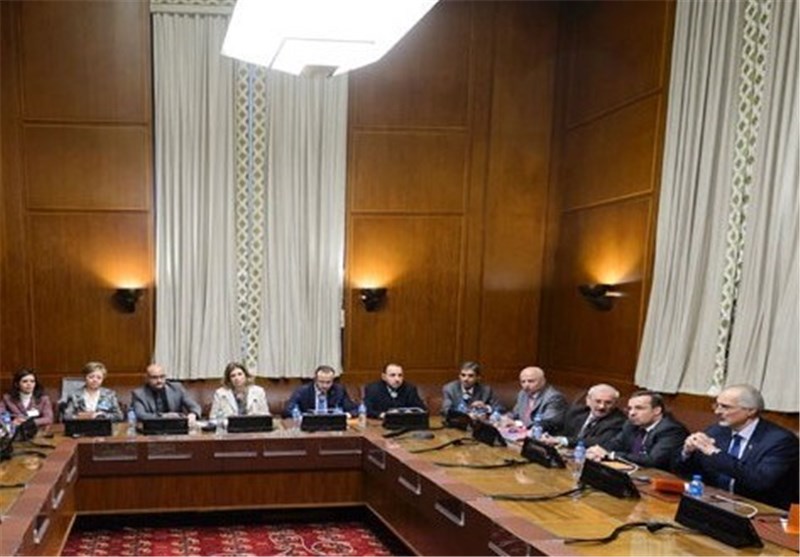 "We are seeing movement and we will keep seeking more of it,” Staffan de Mistura told reporters, The National reported.
The envoy has a mandate from the UN Security Council to mediate between the Syrian government and opposition to find a political resolution to the conflict. However, several rounds of talks in Geneva since 2012 have ended in stalemate.
"I don't expect – let's be frank – major breakthrough, okay? But I am confident that progress is possible and there is something moving in that direction and we need to capitalize on it,” de Mistura said.
The UN envoy has also scheduled talks next week with envoys from Britain, France, Germany, Jordan, the United States and Saudi Arabia, which have supported the Syrian opposition.
Earlier talks were focused on implementing UNSC Resolution 2254, which calls for a ceasefire and a political transition in Syria.
However, in recent months de Mistura has focused his attention on the diplomatic track initiated by Iran, Russia and Turkey, who have set up a parallel peace initiative based on talks in the Kazakh capital Astana and the Russian resort town of Sochi.
A Syrian congress held in Sochi in January agreed to form a constitutional committee, with de Mistura assigned to select its members based on nominations from various blocs.
The war in Syria has claimed more than 400,000 lives, forced more than 11 million people to flee their homes and left much of the country in ruins.