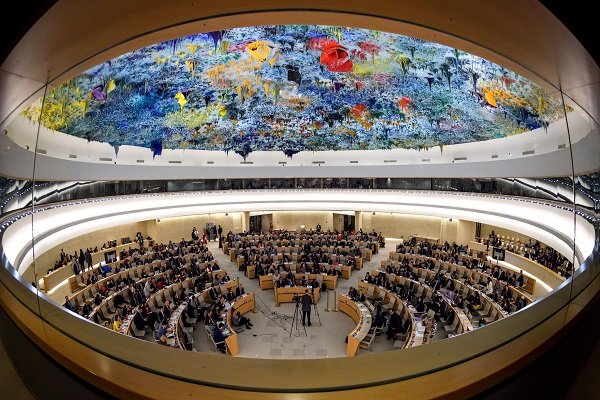 "The UN's Human Rights architecture plays a very important role in the promotion and protection of human rights worldwide,” he added.
The Trump administration withdrew from UN Human Rights Council on Tuesday, accusing the body with hypocrisy and anti-Israeli acts.
"For too long, the Human Rights Council has been a protector of human rights abusers, and a cesspool of political bias,” said the American ambassador to the UN Nikki Haley at the State Department in Washington, Bloomberg reported.
"The hypocritical and self-serving body makes a mockery of human rights,” she added.
Also British Foreign Secretary Boris Johnson said that the US move is "regrettable.” In a tweet on Wednesday, Jonson said "US decision to withdraw from the Human Rights Council is regrettable.”
"Reform [is] necessary, but UK is here to stay,” he added.
Exiting the UN Human Rights Council (UNHRC) marks Washington's third withdrawal during Trump's administration, after the pullout from the Paris Agreement and the Iran nuclear deal, also known as Joint Comprehensive Plan of Actions (JCPOA).
Established in 2006, UNHRC’s mission is to promote and protect human rights around the world. The body has 47 members and the current three-week session has begun on June 18 at its headquarters in Geneva, Switzerland.
The council is scheduled to discuss Israel and the Palestinian territories on July 2, according to its agenda.