TEHRAN(Basirat): An Iranian lawmaker quoted Foreign Minister Mohammad Javad Zarif as saying that US National Security Adviser John R. Bolton is affiliated with the terrorist Mojahedin-e Khalq Organization (MKO) and is on the notorious group’s payroll. 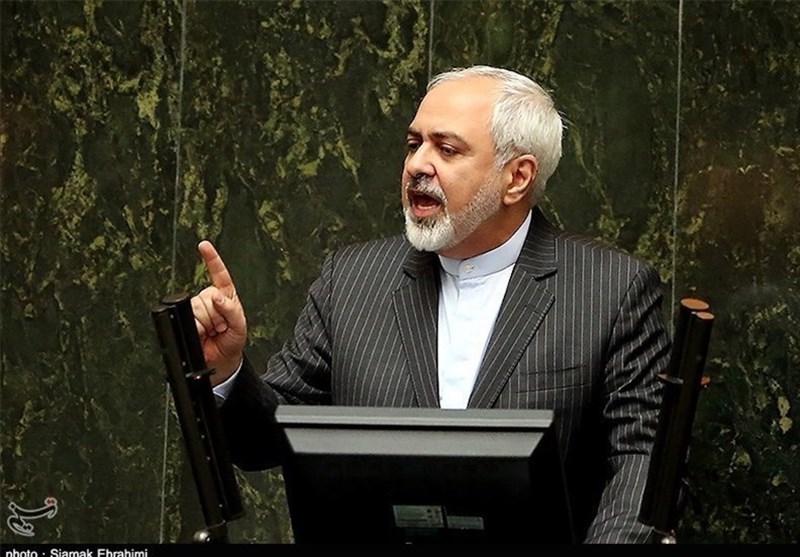 In an interview with Tasnim, Hossein Naqavi Hosseini outlined the main topics discussed during Zarif’s Wednesday meeting with members of a parliamentary group at the Parliament.
The US enmity towards the Islamic Revolution and the Iranian administration will never end, the MP quoted Zarif as saying, noting that the top Iranian diplomat has said US Republicans and Democrats only use "different methods” to harm Iran.
The US notion that they can damage the Islamic Republic has been incited by Munafiqeen (MKO members), as John Bolton receives salary from the MKO terrorists and attends their gatherings, the lawmaker quoted Zarif as stating.
As regards the efforts to save the 2015 Iran nuclear deal after the US withdrawal from the multilateral accord, Zarif gave an assurance that Iran will pursue a legal path that would fulfill the country’s interests and strengthen the push for saving the Joint Comprehensive Plan of Action, Naqavi Hosseini went on to say.
Bolton, who made his name as a belligerent member of George W. Bush’s State Department and a Fox News contributor, has advocated bombing Iran instead of commitment to JCPOA, which was achieved in Vienna in 2015 after years of negotiations among Iran and the Group 5+1 (Russia, China, the US, Britain, France and Germany).
Bolton has repeatedly called for the US help for overthrowing the government in Iran and handing power to MKO terrorists.
At a Paris gathering in 2017, Bolton told members of the MKO terrorist group that US President Donald Trump’s administration should embrace the goal of immediate regime change in Iran and recognize their group as a "viable” alternative.
The MKO - listed as a terrorist organization by much of the international community - fled Iran in 1986 for Iraq and was given a camp by former Iraqi dictator Saddam Hussein.
They fought on the side of Saddam during the Iraqi imposed war on Iran (1980-88). They were also involved in the bloody repression of Shiite Muslims in southern Iraq in 1991 and the massacre of Iraqi Kurds.
The notorious group is also responsible for killing thousands of Iranian civilians and officials after the victory of the Islamic revolution in 1979.
More than 17,000 Iranians, many of them civilians, have been killed at the hands of the MKO in different acts of terrorism including bombings in public places, and targeted killings.