TEHRAN (Basirat): President of Iran confirmed that the country has received a long-awaited European proposal for saving the Iran nuclear deal, but complained that the ‘disappointing’ package does not meet Tehran’s demands and still needs to provide a clear practical plan with definite time frame. 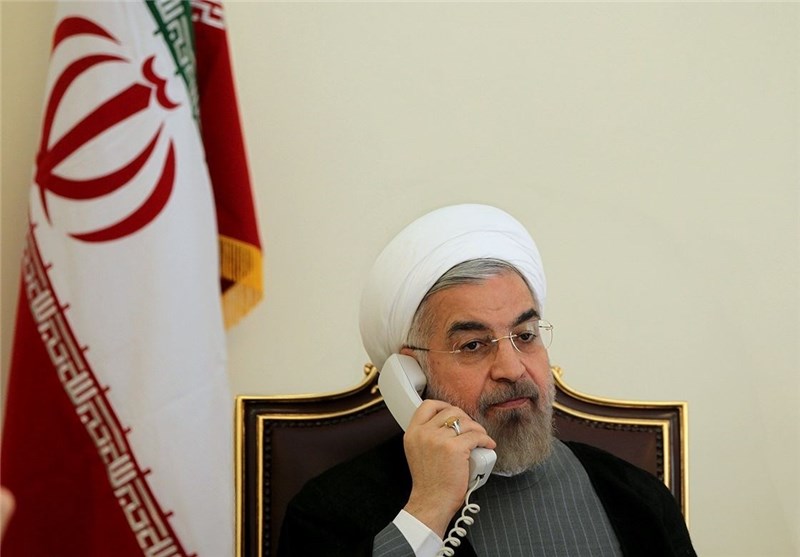 President Hassan Rouhani said on Thursday that the EU proposal for cooperation for saving the Joint Comprehensive Plan of Action (JCPOA) was disappointing.
"Unfortunately, there was no clear method or operational solution for the continuation of cooperation, and the package only contained a series of general commitments like in the EU’s previous statements,” President Rouhani told German Chancellor Angela Merkel in a telephone conversation on Thursday.
He said Tehran expected the Europeans to offer a clear and straightforward package, IFP reported.
However, the president reminded the EU that Iran will continue to work with Europe only if the country is hopeful about the future, pointing to the results of a Friday’s ministerial meeting in Vienna on the JCPOA.
"If the trend of work at the ministerial meeting of European countries in Vienna (on Friday) is promising enough to encourage Iran to continue its cooperation and joint work, we will continue to cooperate with Europe,” President Rouhani underlined.
Rouhani further touched on Washington’s unilateral withdrawal from the JCPOA and Europe’s limited time to announce its position on the nuclear deal clearly and straightforwardly.
"After the United States’ pullout from the JCPOA, problems emerged in economic, banking relations and oil domains, which made companies investing in Iran doubtful about whether or not to continue their operations in the country,” President Rouhani deplored, calling on Europe to settle those issues.
Merkel, for her part, said the proposed package has focused on general and fundamental issues, and that negotiations should continue on details.
The German leader said what matters is that the European countries are determined to stay in the JCPOA and believe the talks should come to fruition in calm atmosphere.
President of Iran had a separate telephone conversation with his French counterpart Emmanuel Macron on Thursday evening, during which he called on the five remaining parties to the JCPOA to make up for Washington’s pullout from the multilateral agreement.
Rouhani also hailed France’s efforts in the past months to help preserve the JCPOA, but noted that Iran will continue its cooperation on the JCPOA only if its demands are met.
"Europe’s proposed package regarding the continuation of the trend of cooperation over the JCPOA does not meet all of our demands, and we hope the trend of talks between the ministers of the five countries tomorrow (Friday) in Vienna will be able to fulfill Iran’s demands in order to continue cooperation over the JCPOA,” he said.
The Iranian president also highlighted the problems that Washington’s unilateral withdrawal from the JCPOA has created for the European companies involved in Iranian projects.
"We expect Europe to offer a clear operational program with a specific timeframe in order to be able to compensate for the US pullout form the Iran nuclear deal,” Rouhani stressed.
For his part, the French president affirmed Paris’ commitment to the JCPA, stressing the need for efforts to continue cooperation and talks between the two sides.
Macron said Europe will keep making efforts to preserve the JCPOA, adding, "The meeting of foreign ministers of the five countries in Vienna can strike a balance between political and economic issues in order to continue the trend of cooperation.”
The Iranian president’s comments came as it was reported earlier that the EU package would be offered to Iran during the Friday talks in Vienna.
A source had even said the package was not supposed to be opened before Iran’s top negotiator Mohammad Javad Zarif returns to Tehran. But it seems the EU has offered the package to Rouhani during his stay in Vienna.
On May 8, the US president pulled his country out of the JCPOA, which was achieved in 2015 after years of negotiations among Iran and the Group 5+1 (Russia, China, the US, Britain, France and Germany).
Following the US exit, Iran and the remaining parties launched talks to save the accord.
Meanwhile, Leader of the Islamic Revolution Ayatollah Seyed Ali Khamenei has underlined that any decision to keep the JCPOA running without the US should be conditional on "practical guarantees” from the Europeans.