Tajikistan Crackdown on IRPT an Excuse for Saudi-Incited Hostility toward Iran: Expert

TEHRAN (Basirat): The Islamic Renaissance Party of Tajikistan (IRPT) has become the victim of an anti-Islamic campaign launched by the Dushanbe government in recent months whose real purpose is to counter Iran with the financial backing of Saudi Arabia, a Tajik political expert said. 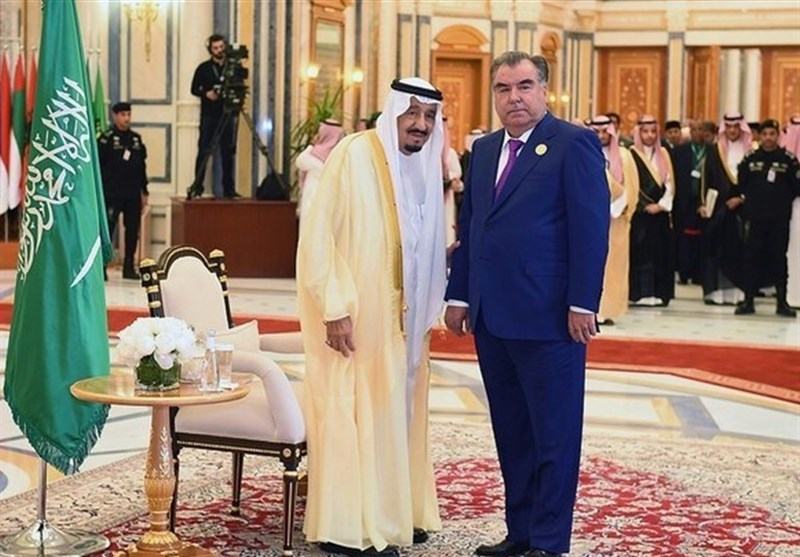 In an article published in his web page, Tajik religious and political expert Saiyidyunus Istaravshani explicated the reasons behind the Tajikistan government’s escalated clampdown on Islamic movements and symbols, particularly its strong campaign against the Islamic Renaissance Party of Tajikistan, which it has branded as a terrorist organization.
In his article, Istaravshani says the IRPT has in fact become the victim of a broader plot that is aimed at confrontation with the Islamic Republic, referring to the extensive anti-Iranian media campaign and two recent articles published in Khovar, the official state-run news agency of Tajikistan, and in the website of the executive committee of the ruling People's Democratic Party in Khatlon region.
Tajik media oulets have claimed that Iran is training fugitive members of the Islamic Renaissance Party in military camps in Syria, Iraq, Afghanistan, Lebanon and Yemen, and that militants from the Islamic Renaissance Party have been deployed to northern Afghanistan in order to upset security in Tajikistan and in Central Asia, he noted, saying such accusations are baseless, because the Islamic Renaissance Party of Tajikistan has basically no military forces and there is no ground for concern about any military threat from the party.
Istaravshani said a possible scenario is that the Dushanbe government has adopted the policy of demonizing the Islamic Renaissance Party in order to draw public attention away from its own economic problems and mismanagement.
In September 2015, a high court in Tajikistan ruled that the Islamic Renaissance Party of Tajikistan should be banned and included on a blacklist of extremist and terrorist organizations.
Tajikistan has created a "fabricated threat” to convince people to endure sufferings and stay silent with the fear that "the enemy waits in ambush”, the political expert said.
He explained that the more likely and logical scenario is that the government has basically no problem with the Islamic Renaissance Party and has chosen it as a victim to carry out the plan of confrontation with Iran.
The expert said the Dushanbe government has begun to overtly accuse Iran of having a destructive role in Tajikistan since a year ago, when Saudi Arabia hosted a conference in Riyadh that involved US President Donald Trump and Tajik President Emomali Rahmon.
The Riyadh conference was purportedly aimed at establishing a coalition of Muslim countries for the fight against terrorism, but the real intent was to mobilize forces and form a coalition to confront the Islamic Republic, Hezbollah, Yemen’s Ansarullah, the Muslim Brotherhood, and Palestinian resistance movements such as Hamas and Islamic Jihad, he explained.
Istaravshani said Saudi Arabia and the United Arab Emirates have been tasked with funding the so-called coalition.
Saudi Arabia, namely Mohammad Bin Salman, and the UAE, namely Mohammed bin Zayed, supplied huge funds to every country joining the coalition to wage an overt war against Iran, Hezbollah and Hamas, he said, addding that Pakistan and Malaysia have withdrawn from the futile Saudi-led coalition.
"Because of the recent financial needs, successive economic crises and widespread corruption, the Tajik government could hardly resist (accepting) Saudi dollars,” he said, adding that Dushanbe did a complete about-face exactly after the Riyadh conference and decided not to consider any "redlines” in how it deals with Tehran.
Tajik organizations have begun a propaganda campaign against Shiism and Iran, and even Tajikistan’s academic institutions are trying to foment Shiite-phobia in a hardline manner, he deplored.
Iran, aware of the masterminds of such Tajik polices, has shown self-restraint, Istaravshani added, stressing that Tajikistan, which has been pulled into this game, will sooner or later admit its mistake.
In July 2017, economic and cultural offices of the Iranian embassy in Tajikistan’s northern province of Sughd closed its offices in the historical city of Khujand at the request of Tajik government.
Tajik authorities had ordered the directors of the Iranian organizations in the second-largest city of Tajikistan to stop their activities because Tajikistan "does not need their services anymore.”
Over the past three years, most of the organizations related to Iran have been forced to shut down in Tajikistan – including the Imam Khomeini Relief Foundation and its offices across the country, office of the Iranian embassy’s Cultural Attaché, and a hospital jointly run by the Tajik government and the Red Crescent Society of the Islamic Republic of Iran.
Reports suggest that the Tajik government has also restricted the activities of some Iranian companies and businesses in the country.
Witnesses say no Iranian-produced goods could be found in the Tajik markets and all the outlets selling Iranian products have been closed.
Relations between the two countries took a nosedive in late December 2015 on the issue of the Islamic Movement of Tajikistan. While the Islamic Renaissance Party of Tajikistan (IRPT) was considered by the Tajik government as a banned party, its leader Muhiddin Kabiri, who lives in exile, was invited to an international conference in Tehran, and this outraged the Central Asian state.
Tajik authorities said despite the fact that Muhiddin Kabiri was accused of organizing riots in September 2015, Iran invited him to the International Conference of Islamic Unity while he was seated next to the head of Tajikistan’s state-backed Council of Islamic Ulema and other members of the official delegation from Tajikistan.