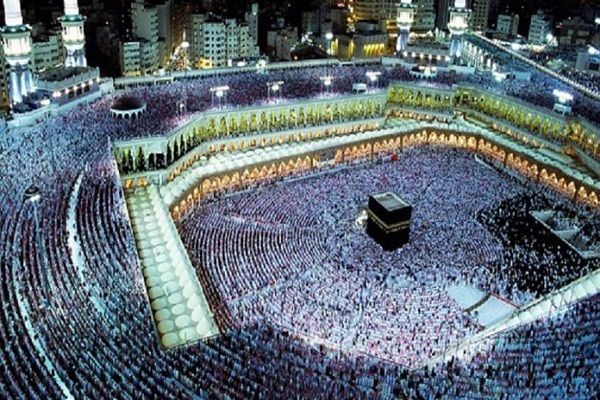 Speaking at an educational session held for members of the convoy on Wednesday, Mohammad Taqi Mirzajani, head of the Committee for Inviting and Dispatching Quran Reciters, said 19 Qaris and Quran memorizers will make up the Noor Convoy this year.
He said a Tawasheeh (religious signing) group is also planned to be part of the Quranic team.
Their programs in the Land of Revelation (holy cities of Mecca and Medina) will include recitation of the Quran, recitation of prayers, Tawasheeh, participation in choral Quran reading programs, and recitation of Adhan, he noted.
According to previous reports, the convoy is headed by prominent Quran master Ahmad Abolqasemi.
Selected Quran reciters, memorizers and Tawasheeh groups from Iran are sent to Saudi Arabia during Hajj annually to perform Quranic programs in the holy cities of Makkah and Medina.
Every year millions of Muslims from around the world gather in the holy city of Makkah for the annual Hajj.
Iran also sends pilgrims as well as a groups of Quran activists, known as the Noor (light) Hajj Delegation.
The members of the delegation hold Quranic programs, including Quran recitation session for the pilgrims.
In 2016, Iran did not take part in Hajj after tensions between Riyadh and Tehran boiled over following a deadly crush of people during the 2015 pilgrimage.
On September 24, 2015, thousands of people lost their lives in the crush after Saudi authorities blocked a road in Mina during a ritual, forcing large crowds of pilgrims to collide.
The crush was the deadliest incident in the history of the pilgrimage. Saudi Arabia claims nearly 770 people were killed in the incident, but officials at Iran’s Hajj and Pilgrimage Organization say about 7,000 people, including over 460 Iranian pilgrims, lost their lives.
Among those killed, were some members of Iran’s Quranic delegation, including Mohsen Hajihassani Kargar and Hassan Danesh.
Source: IQNA