US Not Able to Isolate Iran, Stop Its Oil Exports: Italian Analyst

TEHRAN (Basirat): A prominent political expert based in the Italian city of Milan referred to Washington’s plans to re-impose sanctions against Tehran in November and said the Trump administration is not able to isolate the Islamic Republic or block its oil exports. 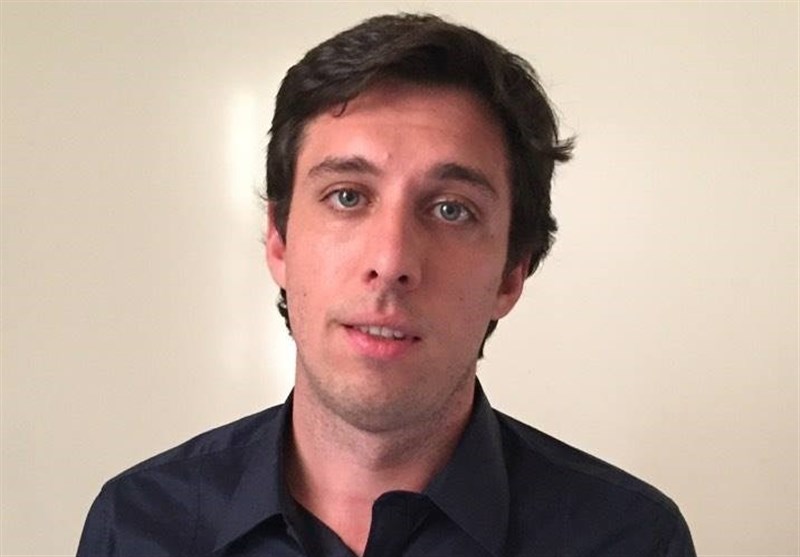 "The US will not be able to isolate Iran and stop (its) oil exports,” Federico Pieraccini said in an interview with the Tasnim News Agency, referring to recent threats by the US to cut Iranian oil exports to zero.
Pieraccini is an independent freelance writer and political expert based in Milan, Italy. He specializes in international affairs, conflicts, politics, and strategies. He has covered conflicts in Ukraine, Libya, Egypt, Syria, and Iraq.
The following is the full text of the interview:
Tasnim: The Trump administration recently threatened to cut Iranian oil exports to zero, saying that countries must stop buying its oil from Nov. 4 or face financial consequences. Washington later softened its threat, saying that it would allow reduced oil flows of Iranian oil, in certain cases. Since oil is a strategic product and countries around the world always demand it, would the US be able to carry out this threat at all?
Pieraccini: The US will not be able to isolate Iran and stop (its) oil exports. (Iranian President Hassan) Rouhani said that if Iran cannot export oil, no other country in the Persian Gulf will be able to. To give an example, Indian private companies said they would stop imports from Iran. Immediately, Indian officials confirmed that state imports of oil from Iran will increase, balancing the diminishing imports from private companies.
Another good example is China. Beijing didn’t even bother to take into consideration the US threats and continues to increase its imports from Iran. Iran is one of the biggest oil and gas producers in the world with a huge potential for development and China is the number one world importer of oil.
European companies seem to have decided to obey Washington’s diktat and are moving away from investments in Iran. They don’t really have a choice since they totally depend on the US banking system and the US dollar. This situation should be seen by Europe as a great opportunity for further Eurasian integration since foreign countries will inevitably substitute European investments.
Tasnim: Iran is perceived to have threatened to block oil exports through the Strait of Hormuz, a key Persian Gulf waterway, in retaliation for US efforts to reduce Iranian oil sales to zero. Analysts say that crude oil prices could jump as high as US$250 a barrel if Iran goes through with its threat to close the strait. What do you think? In your opinion, what other measures can Iran do to counteract US pressures?
Pieraccini: We are very far away from an Iranian blockade in the Strait of Hormuz. I believe Rouhani signaled out this possibility more as a warning to third countries than to the US or Saudi Arabia. The reason is embedded in your question about oil prices. Foreign countries importing oil don’t want an increase in the price, so Iran’s threats should be taken into consideration.
China, like other countries, has every interest in putting pressure on the US to not implement these destructive measures. Iran also has the opportunity to bridge even closer ties with Qatar and Yemen, thereby creating a difficult situation for Saudi Arabia in the region. The KSA is already in a precarious situation being involved in almost every disruptive event or war in the Middle East. More than one analyst believes that the blockade of the Strait of Hormuz could be the definitive blow to the elite in Riyadh, not Tehran.
I doubt that Mohamad Bin Salman (MBS) is 100% behind Trump’s decision to sanction countries doing business with Iran. In any case, never doubt the aggressiveness of Israel and Trump against Iran, so no cards are off the table. Trump has shown to be unpredictable and a menace even to his closest allies.
Tasnim: As you know, Trump's threat is part of his walking away from the Iran nuclear deal, also known as the Joint Comprehensive Plan of Action (JCPOA). He also plans to reinstate anti-Tehran sanctions from November 4. In the meantime, the European Union has put forward a package of economic measures to offset the US pullout from the JCPOA. What do you think about the EU’s role in reducing Washington’s pressures against Tehran?
Pieraccini: The EU would like to continue doing business with Iran. Reality shows us that Europe doesn’t have the guts or the economics to stand up to the US decision. Europe is highly dependent on some key aspects of the financial system such as banks and the use of the US Dollars, all controlled by the US.
Washington has the ability to create more than a headache for any European country that continues to work and invest in Iran. What Europe should do is to use this occasion to de-dollarize and move away from the US financial world order. Instead, Europe is just obeying their masters overseas and as seen with Russian sanctions, shooting itself in the foot, just to please the US.
This is happening while Trump is imposing tariffs and threatening to pull out of the World Trade Organization and even NATO. Europe is facing a political uprising we have not seen in decades. Sanctions on Russia and the loss of trade with Iran are making the situation even worse for political leaders in Europe. This tendency can clearly be seen with the political results all over Europe, from Italy to Spain, even in Germany with Merkel on the verge of losing grip on the government after 14 years of absolute reign.
As long as European countries continue appeasing the US instead of taking into account their own national interests, things will only get worse. Iran is one of the key elements in the Eurasian integration process that is transforming the world. Europe is losing an excellent opportunity to diversify its energy imports and start being part of the Eurasian revolution, alongside with Russia, China, India, and Iran.
Source: Tasnim