TEHRAN (Basirat): Iranian President Hassan Rouhani hailed as a “success” the warning that the International Court of Justice has given the US against breaching the 1955 Treaty of Amity after Tehran filed a lawsuit at the court against re-imposition of US sanctions on the Islamic Republic. 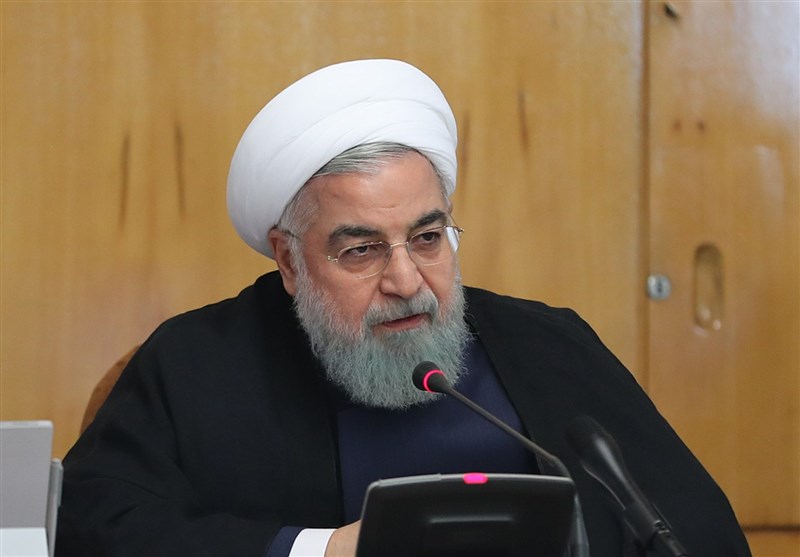 Speaking at a cabinet session on Wednesday, Rouhani reaffirmed Iran’s strong opposition and resistance to the US hostile conducts and breach of commitments.
Denouncing the US authorities’ "baseless comments and empty threats” against Iran, the president said his administration has launched legal and international efforts against Washington, pointing to a lawsuit that Iran has filed against the United States for its plan to re-impose sanctions on Tehran.
"In the past few days, the first success in this litigation was achieved, as the court (ICJ) has explicitly told the US that it is not allowed to do anything that may affect the court’s probable rulings while Iran’s complaint is being investigated,” Rouhani added.
"It is a warning to the US from the world’s highest legal authority and from the president of the International Court of Justice,” he said.
Filing a lawsuit against the US was a legal action, while resistance to the US plots is going on in the political arena as well, the Iranian president said, adding that the vast majority of countries condemn the US wrong moves or at least bemoan them.
Iran recently filed the lawsuit against the United States stating that Washington's decision in May to re-impose sanctions after pulling out of the 2015 nuclear deal violates the 1955 Treaty of Amity between the two countries.
In comments on Tuesday, head of the international legal affairs center of the Iranian president’s office, Mohsen Mohebi, said the ICJ president has sent the letter to US Secretary of State Mike Pompeo warning Washington not to take any action in contradiction to the future decisions of the ICJ on Iran’s complaint.
The ICJ, which is based in The Hague and is also known as the World Court, is the United Nations tribunal for resolving international disputes. Iran's filing asks the ICJ to order the United States to provisionally lift its sanctions ahead of more detailed arguments.
Although the ICJ is the highest United Nations court and its decisions are binding, it has no power to enforce them, and countries - including the United States - have occasionally ignored them.
Source: Tasnim