TEHRAN (Basirat): A secretive member of the US-backed MKO terrorist group refuses to talk about the nature of their organization to the members of CODEPINK, a women-initiated grassroots peace and social justice movement in the US. 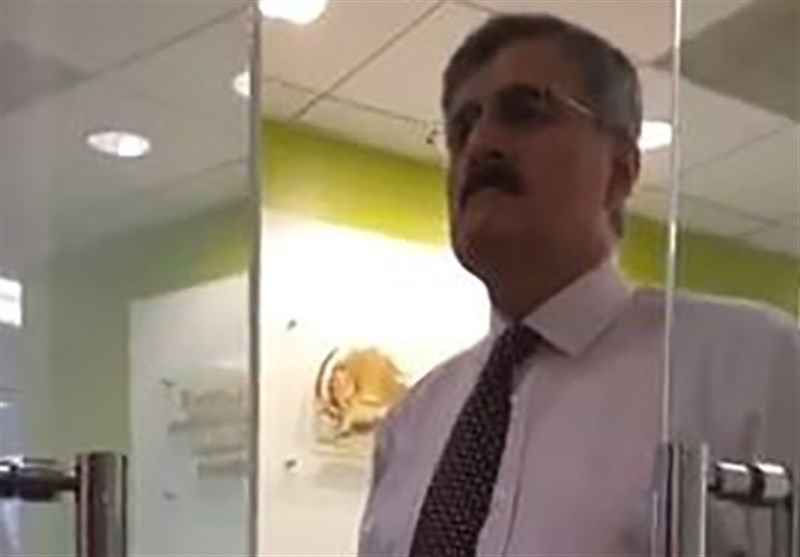 Medea Benjamin and National Director Ariel Gold two members of social justice movement faced an uncommunicative member of the US-backed Mojahedin-e Kahlgh (MKO or MKE) when they try to have an interview about the nature of the group at the terrorist organization’s headquarter in DC.
The women-initiated group tried to talk to the MKO member, asking him about the group’s legitimacy and what he does at the headquarter, but the man who calls himself Ali refuses to give them even the simplest information about the MKO and when he is asked about the Saudi money that is being given to the group he says that it is all Iranian propaganda while the previous reports revealed that the goup are financially supported by the Saudi Arabia.
"As you can see, they were not receptive. Bolton wants to attack Iran & put these folks in power? It's a repeat of the Iraqi National Congress debacle after the US invaded Iraq,” the CODEPINK group wrote on their twitter account refereeing to the hostile nature of the group.
The MKO - listed as a terrorist organization by much of the international community - fled Iran in 1986 for Iraq and was given a camp by former Iraqi dictator Saddam Hussein.
They fought on the side of Saddam during the Iraqi imposed war on Iran (1980-88). They were also involved in the bloody repression of Shiite Muslims in southern Iraq in 1991 and the massacre of Iraqi Kurds.
The notorious group is also responsible for killing thousands of Iranian civilians and officials after the victory of the Islamic Revolution in 1979.
More than 17,000 Iranians, many of them civilians, have been killed at the hands of the MKO in different acts of terrorism including bombings in public places, and targeted killings.
Source: Tasnim