All Countries Must Defend Iran against US Sanctions: Finnish Economist

TEHRAN (Basirat): A Finnish political economist and author deplored the US sanctions due to be re-imposed on Iran in November as “illegal and illegitimate” and said all countries should stand up to defend Tehran against Washington or else they could become the next victim. 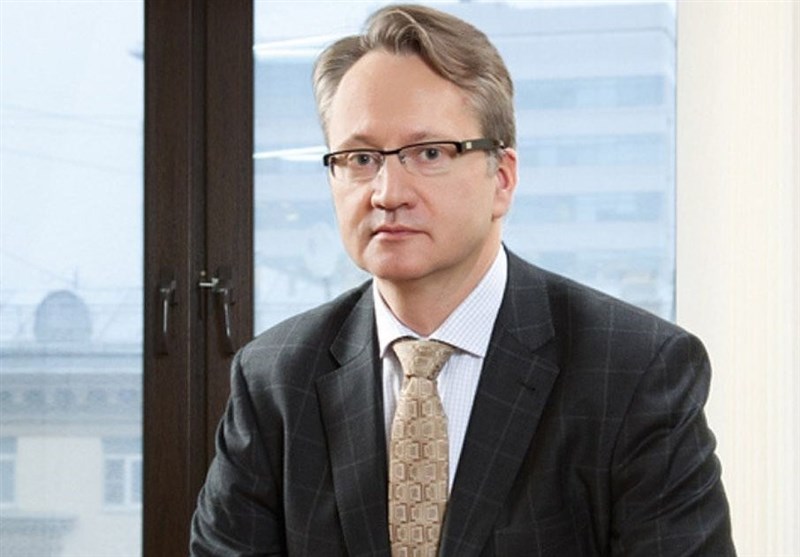 "The defense against the US sanctions assault on Iran is the most crucial challenge to the world,” Jon Hellevig said in an interview with Tasnim News Agency.
"All countries must rise to Iran’s defense, otherwise, any country can become the next victim,” he said, adding, "We must understand that the assault on Iran is just a major offensive in the US quest to establish absolute world hegemony, therefore an assault on Iran is an assault on everybody, most notably so, on Russia and China.”
Jon Krister Hellevig is a Finnish lawyer and businessman who has worked in Russia since the early 1990s. Hellevig was a candidate in the European parliament election in 2014. He is the managing partner of the Moscow-based law company Hellevig, Klein & Usov. Hellevig has written several books, including Avenir Guide to Russian Taxes (2002, 2003, 2006 English and Russian editions); Avenir Guide to Labor Laws (2002, 2003, 2006 English and Russian editions). Expressions and Interpretations, a book on the philosophy of law and the development of Russian legal practices; Hellevig takes actively part in public discussion of current affairs and social structure contributing with articles and commentary in the media. He regularly lectures at international seminars on various topics.

Following is the full text of the interview:
Tasnim: The Trump administration recently threatened to cut Iranian oil exports to zero, saying that countries must stop buying its oil from Nov. 4 or face financial consequences. Washington later softened its threat, saying that it would allow reduced oil flows of Iranian oil, in certain cases. Since oil is a strategic product and countries around the world always demand it, would the US be able to carry out this threat at all?
Hellevig: Well, if the US would be able to cut off Iranian oil exports, then it would be the beginning of the end of the free world. The defense against the US sanctions assault on Iran is the most crucial challenge to the world. All countries must rise to Iran’s defense, otherwise, any country can become the next victim. We must understand that the assault on Iran is just a major offensive in the US quest to establish absolute world hegemony, therefore an assault on Iran is an assault on everybody, most notably so, on Russia and China. Of course, there is also the subplot, to carve out a regional Middle East hegemony for Israel, but that basically serves the same goal of establishing an absolute Anglo-Zionist world hegemony.
In order to establish its absolute world hegemony, the United States would have to knock out either Russia or China, when one would be taken out, then the other one would be encircled, too. I see Iran as the last line of defense. If the US hegemon would succeed in conquering Iran and occupy it with its forces, then Russia would become very vulnerable.
But it is more than the geopolitical military pressure, it is about destroying the US sanctions weapon of mass destruction once and for all. For this to happen, China and Russia must be ready to go all out to neutralize the sanctions assault on Iran, even if this would mean short-term serious economic damage to themselves. If it is not done, then the US hegemon will take out Russia’s and China’s trading partners one by one, and ultimately these two countries themselves. A strong stand by Russia and China would also help countries like India to show strength in opposing the illegal and illegitimate sanctions.
Tasnim: Iran is perceived to have threatened to block oil exports through the Strait of Hormuz, a key Persian Gulf waterway, in retaliation for US efforts to reduce Iranian oil sales to zero. Analysts say that crude oil prices could jump as high as US$250 a barrel if Iran goes through with its threat to close the strait. What do you think? In your opinion, what other measures can Iran do to counteract US pressures?
Hellevig: It is quite clear that should Iran block oil exports through the Strait of Hormuz, then it would send the oil price through the roof. This, in turn, would crush the global capital markets, with enormous consequences for the world economy. Not least would it affect the US and European bubble economies. At the same time, we must certainly note that the blocking of the Strait of Hormuz could also lead to a military intervention by the United States and its vassal states. This would have the same effect on the global economy but could lead to even worse consequences for the whole of mankind. A military intervention like that could lead to unimaginable war escalations.
Iran has no other choice than to work with its partners to neutralize the sanctions’ effects and to stand militarily firm.
Tasnim: As you know, Trump's threat is part of his walking away from the Iran nuclear deal, also known as the Joint Comprehensive Plan of Action (JCPOA). He also plans to reinstate anti-Tehran sanctions from November 4. In the meantime, the European Union has put forward a package of economic measures to offset the US pullout from the JCPOA. What do you think about the EU’s role in reducing Washington’s pressures against Tehran?
Hellevig: The role of the European Union is a wild card here. It is clear from all that has happened in world geopolitics in the last 20 years, that the European Union and its member states are junior partners in the US New World Order hegemony project. Now, it is therefore surprising why they have raised this challenge to the United States. We cannot know if they are serious or just wagging their tongues. It is possible that this reflects a rift within the US-led Western elites. Perhaps between a pro-Israel lobby and on the other side a transatlantic lobby led by the other half of the US Deep State.
Whatever, it is clear that the EU can do only so much because all major EU corporations are so tightly integrated into the US-led trade and financial systems. Through their leverage on the Western financial institutions, the US can easily cut off financing to any European corporation which challenges their sanctions.
But any signals of real political will to stand up against the US sanctions by the EU will be welcomed. There has been talk that the EU would enact a blocking statute which would forbid EU companies from complying with the extraterritorial effects of US sanctions, allow companies to recover damages arising from such sanctions from the person causing them, and nullify the effect in the EU of any foreign court judgments based on them. Eventually, this could possibly enable European companies to invest in and trade with Iran through Russian and Chinese vehicles, given that these countries would enable such (a .
Source: Tasnim