TEHRAN (Basirat): Aimal Faizi is a senior Afghan journalist and political analyst, who served as the spokesperson of former Afghan President Hamid Karzai between 2011 and 2014. In this interview with Tehran Times, he spoke about the security situation in Afghanistan, peace process and recent political developments. Following are the excerpts. 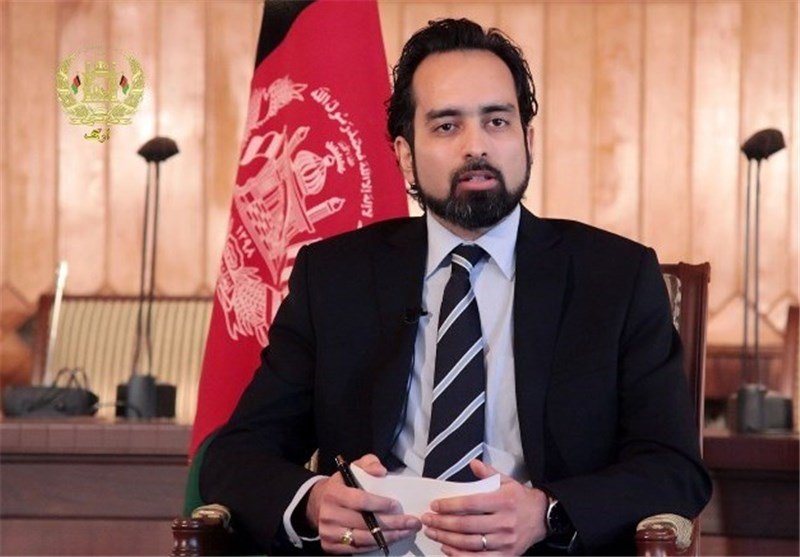 Q. The situation in Afghanistan continues to deteriorate with alarming rise in civilian casualties. Do you see this war ending anytime soon?
A. Unfortunately, the war in Afghanistan imposed by foreigners is not going to end anytime soon. Sadly, terrorism has become an enduring phenomenon in our region and we will all (regional countries) continue to remain vulnerable. There are old and new regional and trans-regional dimensions in the ongoing war in my country. Any Afghan government in Kabul under the U.S. occupation cannot fix the problem of terrorism alone. As regional powers, it is imperative for China, Russia, Iran and India to work with Afghans and the international community to design a long-term political strategy to address the political dimensions of war and insecurity in Afghanistan.
Q. Taliban has offered to talk directly with the U.S. as they don't recognize the legitimacy of government in Kabul. And according to reports, there have been secret parleys between the insurgent group and the U.S. government officials recently. Do you think these talks would work out?
A. The U.S. government has been talking with the Taliban since the establishment of their movement in early 1990s. Talks can work out and should if Washington engages with major regional powers, in particular, Moscow and Tehran. It is crystal clear that any U.S. effort to eliminate the Taliban militarily will be of no effect.
Q. The general elections are approaching in Afghanistan but political dynamics have changed with many powerful political figures defecting and switching ends. Do you think President Ghani is in a position to retain power?
A. The national unity government (NUG) in Afghanistan is the product of foreign interference in our national processes such as the last presidential election. Ashraf Ghani’s government is a U.S. design imposed on the Afghan people. It has been unconstitutional and illegitimate and does not represent Afghanistan. It is a foreign-imposed body based on lies. Therefore, there is no reason to believe that Mr. Ghani will be able to retain power.
Q. President Ghani’s deputy Abdul Rashid Dostum, who was in forced asylum in Turkey over charges of torturing his political rival, is back in Afghanistan. Was it part of any deal?
A. Ashraf Ghani’s policies have been ill-advised and divisive for the country. Forcing vice president Dostum to leave the country was a political drama. It was not aimed at doing justice. If one skims through the statements issued by the president's office in relation to Dostum, one can clearly see lies and contradictions. Dostum’s return is certainly part of a political deal. The recent uprisings against the government in the north by the supporters of Dostum strongly challenged NUG's authority and the government was unable to manage the situation, forcing it to clinch a deal.
Q. The war in Afghanistan has now entered 17th year and yet there are no signs of peace. On the contrary the insurgent groups have become stronger. Why has the U.S.-led coalition failed in Afghanistan?
A. It will be correct to state that the U.S. has failed terribly and deplorably in Afghanistan and there are reasons for it. The U.S. forces have been bombing our homes and villages, indiscriminately killing innocent Afghans for years now. By doing so, they have been making more enemies than friends. Secondly, Washington has been reluctant to fix the problem of Pakistani support for terrorism in Afghanistan. It has been using Afghan soil against its so called rivals in the region. Such destructive policies resulted in more terrorism, insecurity, proxy wars and geopolitical rivalries. It is all happening at the cost of Afghanistan.
Q. With the election of Imran Khan as the probable new Prime Minister of Pakistan, do you think the relations between the two estranged neighbors would improve?
A. I am not very optimistic, unfortunately. I believe things have to genuinely improve and change within Pakistan first, in particular, in the Pakistani military's thinking vis-à-vis Afghanistan, India and the wider region. Governments will come and go in Pakistan like elsewhere. However, each government will either serve the military or collapse for this or that reason given by the Pakistani military.
Q. How important is Chabahar port project for Afghanistan? Do you think it will reduce Afghanistan's dependence on Pakistan?
A. Chabahar port project is crucial to Afghanistan and our region. It is vital for regional prosperity. As an Afghan and a friend of Iran, my message to the Iranian government is to not allow this great project become a victim of the ongoing Great Game in our region. It is understandable that Tehran sees President Ashraf Ghani and his government with mistrust, however, it has opened a very strategic trade route for Afghanistan, a close neighbor Iran, whose stability and economic prosperity will have a direct impact on Tehran's long-term security.
Source: Tehran Times