The philosophy of Hair cutting in Hajj and Umera.

TEHRAN (Basirat) : The philosophy of Hair cutting in Hajj and Umera is that man is ignoring his explicit beauty near the Lord of the universe. 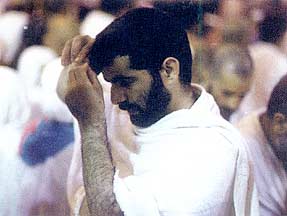 According to the reports of Shabestan news agency Hair cutting in Hajj and Umera is among the obligations and by doing this the things forbidden to humans in Ahram are not forbidden. Perhaps its secret is that man ignores his appearance and beauty in front of God, and wants to bow himself in front of the divine verses.
And maybe it may also be possible that Haji as he cuts his hair and nails he will be more focused and even though the Lord is pleased with him and throw away his sins due to his pure deeds, and cleanse him from every kind of dirt or that man learns how to separate the body nails and hair and also to keep the soul clean from sins.
Imam Zain al Abdieen (AS) says his companion Shibli after his pilgrimage to Hajj that:
When you cut the hair of the head, it is unclear that you have been cleansed from sin, but it is just like you are just born by your mother.