TEHRAN (Basirat): Saudi whistle-blower Mujtahid, who is believed to be a member of or have a well-connected source in the royal family, disclosed that the medical team responsible in charge Saudi King Salman's health issues has been on alert. 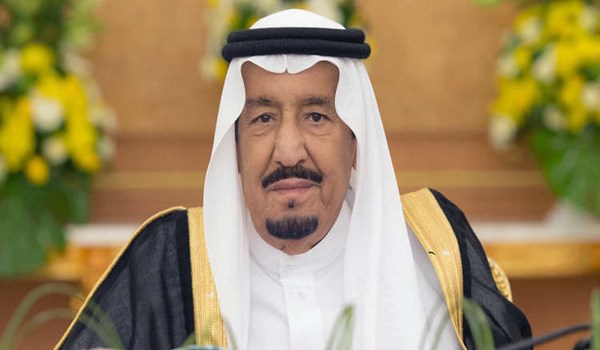 Mujtahid wrote on his twitter page on Monday that it is not clear if the new measure should be considered as a preventive act or is aimed at treating the Saudi king's deteriorating condition.

He added that rumors have spread in the Saudi royal family about King Salman's inability to welcome the caravans of Hajj pilgrims and his participation in the Hajj ceremony this year.
In relevant remarks last month, a Saudi dissident figure revealed plots by the country's Crown Prince Mohammed bin Salman to oust his father from ruling Saudi Arabia.
"Bin Salman intends to treat his father the same way he did in the case of former crown prince and his cousin Mohamed bin Nayef," Sultan al-Abdoli al-Qamedi said.
He added that King Salman has now grown weak and incapable of resisting against his son's plans to take control of the royal palace and change the old guards.
"Bin Salman will not wait for his father to resign and will make him leave power anytime that he thinks is proper," al-Qamedi said.
Also in July, sources close to the Saudi royal palace had revealed that the Saudi king had said in a private gathering that he does not feel any necessity for transition of power to the crown prince as he is still able to fulfill his responsibilities.
They added that the medical tests have, meantime, diagnosed King Salman with severe fatigue and respiratory problems.
Mujtahid had also revealed in 2017 that Saudi King Salman bin Abdulaziz would withdraw from power to the benefit of his son.
King Salman will leave power in the future after replacing his nephew Mohammed bin Nayef bin Abdulaziz with his own son, Mohammed bin Salman, Mujtahid wrote on his twitter page.
Noting that the King's new changes have caused wrath in the Saudi Royal family, he said the princes and the royal family are much likely to start disobeying King Salman's orders.
Mujtahid also claimed that US President Donald Trump was aware of King Salman's decision but the US institutions and the European countries are surprised to hear the changes.
King Salman replaced Crown Prince Nayef with Mohammed bin Salman, the deputy crown prince and defense minister.
According to a royal decree, Mohammed bin Salman, 32, was also named deputy prime minister, and shall maintain his post as defense minister.