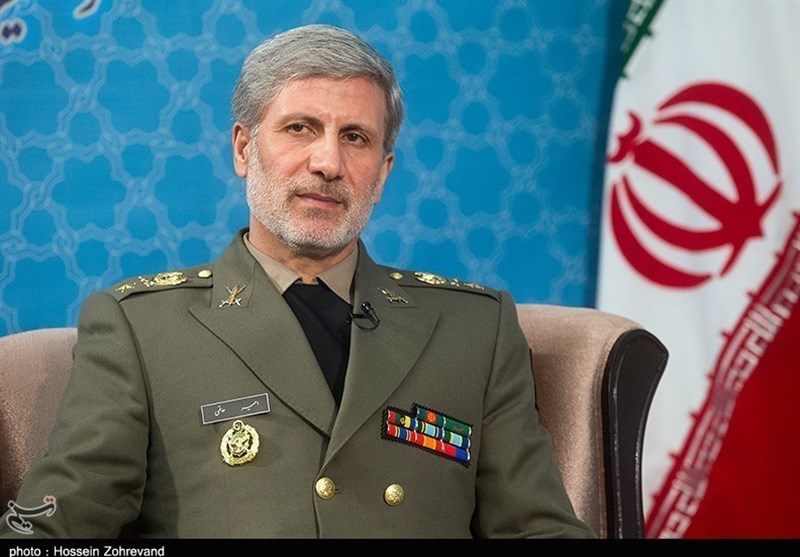 Speaking at a televised program on Saturday night, General Hatami said the new military aircraft is used for combat and close air support for the armed forces.
The new fighter jet has passed all tests and is going to fly on the National Day of Defense Industry, he added.
The minister also noted that components of the aircraft will be also put on display.
The General then highlighted the country’s advances in diverse areas of military industry, saying the Defense Ministry’s top priority is to boost the missile power and air defense capabilities.
According to the minster, the homegrown air defense system ‘Bavar-373’ will come into service by the end of the current Iranian year (March 2019).
Once the Iranian air defense system passes all tests and becomes operational, it could be mass produced and exported, he added.
In comments in February 2018, Leader of the Islamic Revolution Ayatollah Seyed Ali Khamenei called for efforts to maintain and boost Iran’s defense capabilities, hitting back at the enemies for disputing the country’s missile program.
"Without a moment of hesitation, the country must move to acquire whatever is necessary for defense, even if the whole world is opposed to it,” the Leader said.