Army must explain about lead poisoning of children at its bases: US senators

Tehran (Basirat) :American senators are awaiting an explanation from the US Army about lead poisoning of children at its bases. 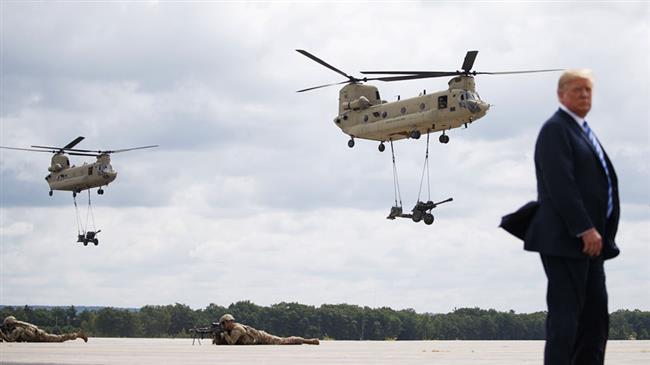 Elevated lead levels were reported in more than 1,000 young children tested at military clinics between 2011 and 2016, according to a Reuters investigation published earlier this week.
A handful of senators wrote a letter to the army demanding "a detailed briefing” in regard to lead poisoning at on-base housing at bases in Georgia, Louisiana, Texas and Kentucky.
Senators Tim Kaine, David Perdue, Mark Warner and Johnny Isakson sent the letter to Army Secretary Mark Esper Friday after lead poisoning at the bases was revealed.
"The health and safety of our service members and their families are of the utmost importance,” they wrote. "We ask that you provide our offices with a detailed briefing as soon as possible outlining the immediate and long-term mitigation strategy to keep military families safe, provide medical treatment for those potentially or previously affected, make long-lasting repairs and finally, provide legislative proposals or guidance on legislation needed to hold contractors accountable."
The military bases are also accused of violating state laws by not reporting the kids’ blood test results to state health departments.
"We are committed to providing a safe and secure environment on all of our installations, and to providing the highest quality of care to our service members, their families and all those entrusted to our care,” Army spokeswoman Colonel Kathleen Turner said.