TEHRAN (Basirat): In yet another sign that the US government has no intention to withdraw its occupying troops from Syria, the Trump administration says it has raised $300 million to “stabilize” the part of Syria under US control and occupation. 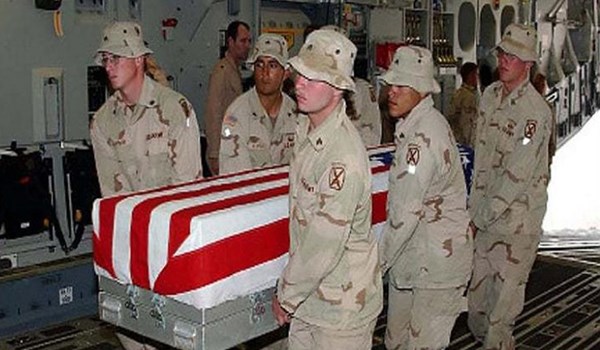 This funding included $100 million from Saudi Arabia. US officials also insist this won’t mean a military pullout. In other words, the Trump Caliphate and its cronies are not in Syria just to end the central government in Damascus. They are there to also occupy the country forever, "contain Iran”, and destabilize the entire region for a foreseeable future.

Lest we forget, if it weren’t for Yemen, it might be hard to imagine a more miserable place in 2018 than Syria. Since 2011, when the US and company planned to unseat President Bashar Assad, more than half the country’s pre-war population of 22 million has become internally displaced or refugees, according to numbers from the UN High Commission on Refugees. Actual casualty figures are impossible to pin down with any exactitude. In April 2018, however, different reports by the UN and rights groups put the number of directly caused deaths at 511,000, including fighters and civilians.
There is plenty of blame to go around and plenty of actors to shoulder that blame. But the biggest culprit in all this has to be Washington and its so-called neoconservatives who continue to offer Israeli Prime Minister Benjamin Netanyahu their "Clean Break” strategy to rebuild the Middle East to the Christian-Zionist liking.
That plan started with unseating Iraqi autocrat Saddam Hussein and went on to destabilize Syria. It proved to be a nightmare. Lest we forget, one of that plan’s loudest advocates during the Bush administration - John Bolton - is now Trump’s national security advisor. In other words, there is plenty of blame to go around and plenty to worry about this time around.
If there is a place in the greater Middle East even more desperate than Syria, it has to be Yemen. With US logistical and financial support, Saudi Arabia has waged a cruel air war against the poorest country in the Arab world. Just like in Syria, the Saudi-American-Zionist alliance seeks to control Yemen and preserve the regional status quo. In between, they have killed thousands of innocent civilians, made millions more refugees, pulverized entire communities.
With the US now allocating money and talking openly about permanent war and occupation in Syria, there is a real risk that some combination of the US, Israel, and Saudi Arabia could initiate yet another regional war with another country. Obviously, they haven’t learned their one lesson from the failed wars on Syria and Yemen: "They can’t win.”
Looking into the future, though, let’s pray for one thing: that the United Nations will step in to force the Trump Caliphate and regional cronies to leave post-ISIL Syria and Yemen alone. This is because they seem eternally in search of yet more wars to launch.
Pointing to Russia, China, Iran and North Korea, for instance, Marine Corps Commandant General Robert Neller recently told US troops in Norway to expect a "big ass fight” in the future, adding, "I hope I’m wrong, but there’s a war coming.”
Also, former National Security Adviser Lieutenant General H.R. McMaster once suggested that the possibility of a war (conceivably nuclear in nature) with Kim Jong-un’s North Korea was "increasing every day.”
Unfortunately, in 2018 and beyond, we should all expect more violence and more bloodshed on the planet from the Trump Caliphate. Hi bellicosity, his "America-first” policies, and his baseless claim of "finally winning again in Syria and Afghanistan” could be a recipe for prolonging the unnecessary wars and occupations in Muslim heartlands that are guaranteed to create even more chaos and more failed states in the Middle East and beyond.