TEHRAN (Basirat)- Israel is set to deploy hundreds more troops to the occupied West Bank after a shooting attack at a shopping center in Tel Aviv that the regime blamed on Palestinians. 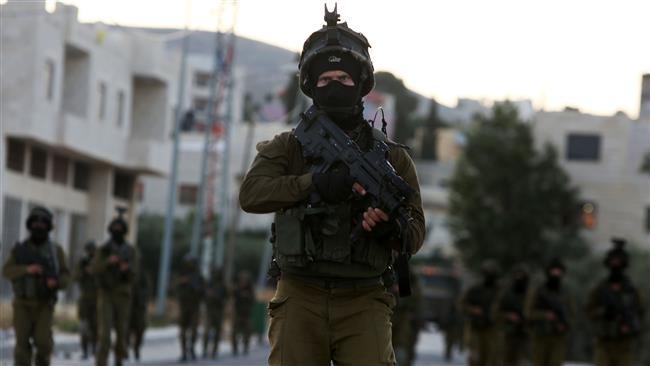 In a Thursday statement, the Israeli military said the reinforcements include soldiers from infantry and special forces units.

"In accordance with situation assessments, the Judea and Samaria (West Bank) Division will be reinforced by two additional battalions,” the statement read.

The authorities in Tel Aviv have declined to provide details on the exact number of troops. However, battalions are usually made up of several hundred troopers.

The regime also suspended entry permits for tens of thousands of Palestinians in the wake of Wednesday’s deadly shooting in Tel Aviv. Based on the measure, all permits issued for family visits during the holy month of Ramadan are canceled.

The move will deny entry to 83,000 Palestinians from the occupied West Bank and some 200 residents of the Gaza Strip into Israel.

The developments came after a shooting in Tel Aviv left four Israelis dead and several others wounded.

Initial reports said the attackers were dressed as "ultra-Orthodox” Israelis,  but police later claimed they were of Palestinian origin.

Police announced that one assailant was arrested and another was taken to hospital after being shot following the incident that took place at the Sarona food and retail market near the Israeli military’s main headquarters on Wednesday night.

Meanwhile, the Israeli regime forces are preventing Palestinians from leaving and entering the West Bank village of Yatta, which the regime’s police say is home to the attackers.

Tensions have been running high in the occupied West Bank since last October.

Since then, at least 213 Palestinians, including children and women, have lost their lives at the hands of Israeli forces in what is regarded as the third Palestinian Intifada (uprising).

The uprising came after the Israeli regime imposed restrictions on the entry of Palestinians into the al-Aqsa Mosque in al-Quds (Jerusalem) in August last year.