TEHRAN (Basirat): The US national security adviser, John Bolton, arrived in Israel on Sunday on the first leg of an overseas trip, and met Israeli Prime Minister Benjamin Netanyahu, with Iran the focus of talks. 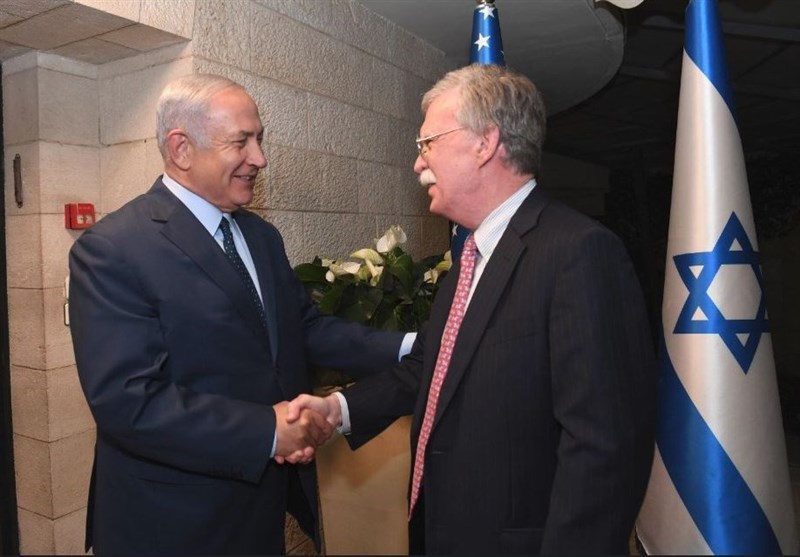 Bolton is one of the US administration’s leading hawks in dealing with Iran’s nuclear program. He was meeting Netanyahu at a working dinner at the Israeli leader’s residence in Jerusalem (al-Quds). The two are set for further discussions today.
"We’ve got great challenges for Israel, for the United States, for the whole world - the Iran nuclear weapons program and ballistic missile programs are right at the top of the list,” Bolton said, Reuters reported.
In his welcoming remarks, Netanyahu said the two would discuss how "to continue to roll back Iran’s aggression in the region and to make sure that they never have a nuclear weapon”.
Bolton will meet Russian officials in Geneva later in the week as a follow-up to the summit meeting that US President Donald Trump and Russian President Vladimir Putin had in Helsinki last month, the White House said. He will also visit Ukraine.
Source: Tasnim